Unique observations on the Caribbean coral reef prompted scientists Maggi Johnson from Woods Hole Oceanographic Institution and a colleague from Bocas del Toro in Panama to investigate the mystery layer of murky, foul-smelling water about 10 feet below the ocean surface. They later found that it was due to a lack of oxygen that suffocated microbial marine life. 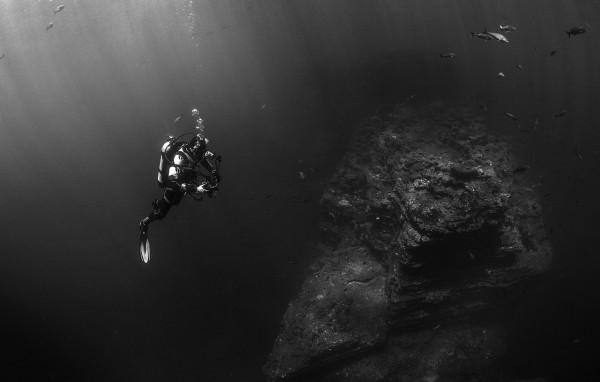 According to Phys.org, Johnson and her team snorkeled down the water, and there they found the peculiar layer of water that has brittle stars and sea urchins, which are uncharacteristically perching on the top of coral reefs as they are usually hiding.

Researchers detailed the changes in the coral reefs and microbial communities of the water near Bocas del Toro due to ocean deoxygenation, wherein oxygen in the water dropped below 2.8 mg of oxygen per liter. The team noted that the hypoxic events in the area have suffocated marine animals, especially those species who cannot escape.

A 2017 paper, titled "Tropical Dead Zones and Mass Mortalities on Coral Reefs," published in Proceedings of the National Academy of Sciences said that over 10% of all coral reefs around the world have an elevated risk of hypoxia.

However, the effects of sudden deoxygenation of oceans are well-understood, yet as they are seldom observed. Local-scale hypoxic events may signal a severe threat to the marine ecosystem than warming events, but sudden ocean deoxygenation could instantly kill reef ecosystems.

Investigators reported 50% of coral reefs have died, while the other half are believed to have the potential to survive these rapidly changing conditions, Phys.org continued. More so, microbial life in the reefs went back to their original routine a month after the hypoxic event. Researchers found that these microorganisms were just waiting for their time to shine in the deoxygenated environments.

"The take home message here is that you have a community of microbes; it has a particular composition and plugs along, then suddenly, all of the oxygen is removed, and you get a replacement of community members. They flourish for a while, and eventually, hypoxia goes away, oxygen comes back, and that community rapidly shifts back to what it was before due to the change in resources. This is very much in contrast to what you see with macro-organisms," said paper co-author Jarrod Scott, as quoted by the news outlet.

The team published their study, titled "Rapid Ecosystem-scale Consequences of Acute Deoxygenation on a Caribbean Coral Reef," in the journal Nature Communications.

What Could Cause Ocean Deoxygenation?

According to International Union for Conservation of Nature (IUCN), ocean deoxygenation threatens to disrupt the food chain in the marine ecosystem. Even minor decreases in dissolved oxygen levels in the oceans can cause oxygen stress in marine animals.

The excessive growth of algae in a process known as eutrophication, which primarily affects coastal areas, is the second element that raises the risk of ocean deoxygenation. Warmer waters may result in increased oxygen loss along nutrient-rich beaches, exacerbating the problem.

RELATED ARTICLE: Marine Nitrogen Cycle is Starting to Become Unstable Due to the Decrease in Oxygen Levels in the Ocean