A light was recently spotted coming directly from behind a black hole at the center of a distant galaxy. While this incredible phenomenon has been predicted many years by the theory of general relativity of Albert Einstein, this is the first time that the said light has been directly spotted.

A USA TODAY report specified that this was a never-before-seen incidence witnessed by astronomers while they were looking at and examining a black hole roughly 800 million light-years away.

Describing the recent discovery, Stanford University's Dan Wilkins said in a statement that any light that enters that black hole does not come out. Therefore, he added that there should be nothing seen behind that black hole.

Wilkins, the lead author of the study, also said that the reason for such an occurrence is that the black hole is deforming space, specifically, "bending light and twisting magnetic fields around itself." 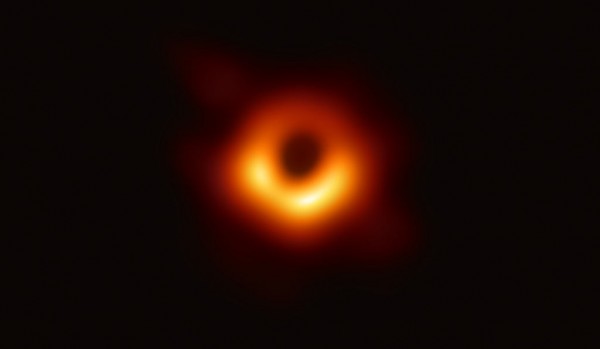 Inside the Black Hole

Since this is the first time that light is seen behind a black hole, what is commonly known in the field of astronomy is the occurrence inside it.

According to Sky & Telescope, it is understood that what occurs outside the black hole as one approaches its event horizon is the so-called "infamous point of no return."

The event horizon is the site where the speed for you to escape a black hole should go beyond the speed of light. Meaning, it is faster than how fast light travels, which is why it is not possible for anything to escape the gravity of the black hole.

Inside that site, the 2016 report specified that that "is where physics goes crazy." Calculations suggested that what the spacetime's fabric looks like inside a black hole depends on its specific history.

That fabric might be twisted or turbulent. One thing is certain, though; the tidal forces would be fatal. Theoretically, inside a black hole, there is an object known as the singularity.

The singularity is what all the matter in a black hole is getting crushed into. Some describe it as a point of infinity in the middle of the black hole, although that is still uncertain.

Maybe classical physics is telling us the truth, but that singularity is also where the same physics breaks down.

In this latest black hole event, researchers were investigating a feature identified as the corona. The USA Today report said, however, that telescopes were able to capture unexpected luminous echoes.

With these luminous echoes, the additional flashes were smaller later, and they came in different colors compared to the bright blazes.

According to Stanford's Roger Blandford, co-author of the study "Light Bending and X-ray Echoes From Behind a Supermassive Black Hole" published in Nature, 50 years ago, when astrophysicists began speculating about the manner the magnetic field might be behaving near a black hole, they did not have any idea that they would one day have the methods to directly observe it and see Einstein's general theory of relativity in action.

Meanwhile, astronomer Edward Cackett at Wayne State University, who was not part of the study, said that that is certainly an exciting outcome.

He added that even though they have previously seen the signature of x-ray echoes, to date, separating the echo coming from behind the black hole and getting bent around into one's line of sight has not been plausible.

As indicated in the MIT Technology Review, Wilkins and his team remain hopeful that identifying and examining more of these x-ray echoes could help them develop part or even full images of distant supermassive black holes.

The lead author explained that, in turn, such an occurrence could help them solve some big mysteries involving supermassive black holes, specifically how they grow, sustain full galaxies, and develop environments where the laws of physics are pushed to the limit.

A report on light seen from behind a black hole is shown on Stream News's YouTube video below: