More than 14,000 scientist signatories from 153 countries warned of "untold suffering" that awaits the world if humans continue to ignore the worsening global warming, thus declaring a climate emergency. As reported by Live Science, scientists urge the implementation of a few big policies to address climate change and save the planet.

Their paper titled "World Scientists' Warning of a Climate Emergency 2021," published in BioScience, is an update from their 2019 paper that declared a public climate emergency, which evaluated the planet's vital signs based on greenhouse gas emissions, changes in temperatures, glacial ice mass loss, loss on Amazon forest, as well as social factors like the global GDP and fossil fuel subsidies. 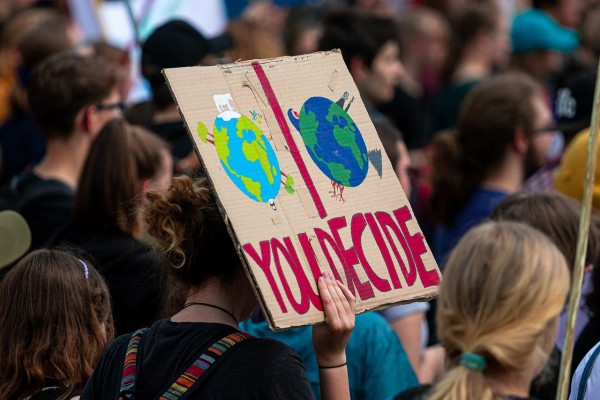 The authors of the paper wrote that the Earth's vitals have only deteriorated over the last two years, noting that the 18 reports from the 31 categories have shown new record highs or lows.

The news outlet reported that scientists recorded an all-time high for greenhouse gas and an all-time low for glacial ice mass in over 71 years. Also, the world has become richer based on the global GDP, while the sky is more polluted than ever with carbon dioxide, methane, and nitrous oxide in the atmosphere.

"The updated planetary vital signs we present reflect the consequences of unrelenting business as usual," according to the paper. "A major lesson from COVID-19 is that even colossally decreased transportation and consumption are not nearly enough and that, instead, transformational system changes are required, and they must rise above politics."

Moreover, the authors wrote that ongoing surges in climate change-related disasters had painted a generally bleak picture of the Earth's future even with the increased use of solar and wind energy.

The world continues to suffer from worse floods, hurricanes, wildfires, and heatwaves, which perhaps signal that the planet is well beyond the critical natural tipping points from which it will be hard to recover. Therefore, the authors wrote that immediate, large-scale action is necessary to save the planet.

According to Futurism, scientists recommend taking three crucial steps to improve and mitigate some of the suffering brought by climate change and global warming.

They said that (1) the planet has to stop using fossil fuels and ban them. Then, (2) implement a global carbon price to reduce greenhouse gas emissions. Finally, (3) restore and protect the planet's forests, wetlands, and other natural carbon sinks to preserve and protect biodiversity.

The authors wrote in the paper that these policies would help ensure the long-term sustainability of humans and give a chance to future generations to thrive on the planet. They stressed that new policies on climate change should be part of COVID-19 recovery plans.

They believe time and political action will tell of the positive change as more nations take climate change seriously. They will release reports about the planet's vitals in the coming years to check whether climate policies were indeed implemented.