Lake Poopo: Why the Disappearance of Bolivia's Second-Largest Lake Is Our Fault

Lake Poopo was once Bolivia's second-largest lake. Only a few decades ago, during its wet season peak, it would be filled with water stretching about 70 km end to end, covering roughly 3,000 sq km of land, roughly the size of Luxembourg. Today, this lake lies a flat horizon of salty mud.

According to scientists, Bolivia's second-largest lake is one of the recent victims of decades of diversion to sustain the increased irrigation needs. With the consistent warming climate, recovery becomes even more unlikely, Reuters reports. 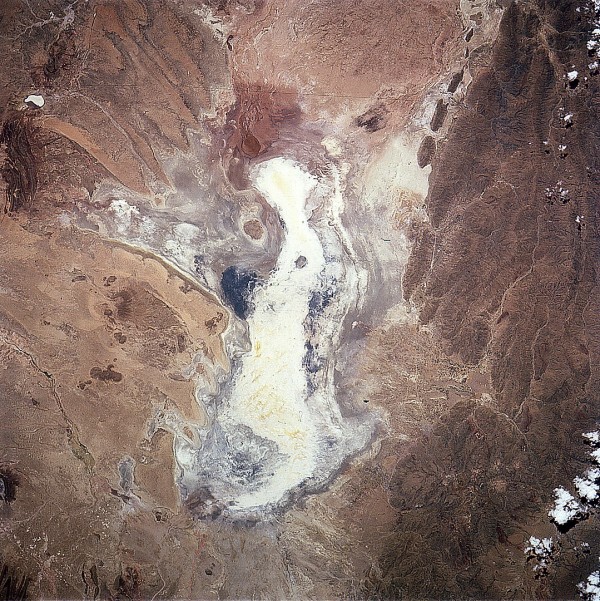 Found almost 3,700 meters above sea level, Bolivia's Lake Poopo sits on a large plateau in the Andes Mountains. It is characterized as an endorheic basin where water does not flow out and is only lost via evaporation. The residue left by the evaporation makes the lake salty as the ocean.

A few decades ago, Lake Poopo was the home to a large community of flora and fauna and was a major source of resources for the many inhabitants of the region. Today, the situation has drastically changed. Water levels have significantly declined in the past two decades. Inevitably, the lake dried out entirely after an extreme El Niño that devastated the region at the end of 2015.

The ecological devastation brought by the disappearance of Bolivia's second-largest lake led to the disappearance of roughly 200 animal species, including mammals, reptiles, birds, especially a large community of flamingos, and of course, the fish, according to the Conversation.

This was also devastating for the indigenous community of Urus-Muratos whose entire life is circled around fishing Lake Poopo.

There have been numerous occasions in Lake Poopó's history when water levels were extremely low. Still, the lake was able to rebound on its own owing to the rainy season and water from the Desaguadero River, which drains Lake Titicaca and flows into the considerably lower altitude Poopó.

Unfortunately, in the past few decades, most of Desaguedero has been diverted for irrigation; hence there is less and less water left to top up the evaporation occurring in Poopo. Since Lake Poopo is unusually shallow, slight changes in its overall water volume can have huge negative implications in its ecology. Despite the lake partially recovering due to above-average precipitation since 2015, the situation remains bleak and dire.

In a study published in MDPI titled "Mapping Evapotranspiration, Vegetation and Precipitation Trends in the Catchment of the Shrinking Lake Poopó," satellite data shows that Lake Poopo's catchment area in the past two decades has gained more water via precipitation than those lost via evaporation.

A separate study shows that climate variability on the lake affects the rainy seasons that have become shorter but more intense. This now amplifies the water storage cycle in the lake, with the lake holding less water by the end of the dry season and more at the end of wet seasons.

The Conversation has also found evidence that the highest increases in water losses occurred in the city of Oruro north of the lake. The area has increased human activity, new highways, urban growth, and water diversion for mining and agriculture. Bolivia is the world's largest producer of quinoa, with a 45.5 percent rise in production from 1980 to 2011, as the grain has grown in popularity across the world.