After receiving a cash grant of $25 million back in 2019 to establish the first-ever National Science Foundation, Quantum Foundry, UC Santa Barbara researchers have begun developing a new material that would enable quantum information-based technologies like quantum computing, sensing, communications, and simulations.

Today, researchers have succeeded in designing a new superconductive material, a breakthrough in materials science. 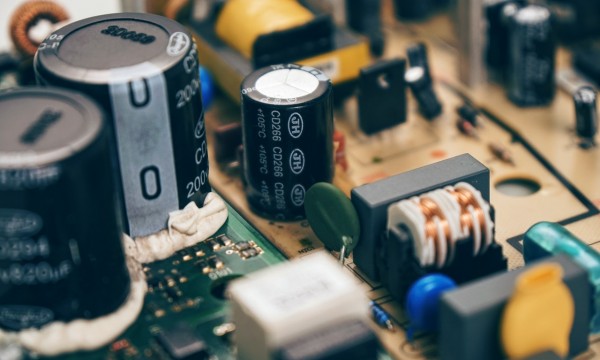 In a study published in the journal Nature Materials titled "Unconventional Chiral Charge Order in Kagome Superconductor KV3Sb5" Stephen Wilson, Foundry co-director and UCSB materials professor, highlights how the new material was developed into a prime candidate as a superconductor. A superconductor is a material in which electrical resistant fades and magnetic fields are expelled. It can also be indispensable in future quantum physics applications.

Previously, a study described a new material known as cesium vanadium antimonide (CsV₃Sb₅) that was observed to exhibit a mixture of characteristics involving a patterning of self-organized charges intertwined with superconducting state. As it turns out, the unique characteristics discovered in the study were exhibited by similar materials, including KV₃Sb₅  and RbV₃Sb₅,  being the subject of the recent paper, as reported by the Current.

Wilson noted that the materials from the group of compounds are expected to host a wide variety of charge densities and wave physics since its peculiar nature is self-organized patterning of electrons and is the focus of their recent work.

The predicted charge density wave state discussed along with other exotic physics are due to the network of vanadium ions in the new material, as reported by Phys.Org.  They form a corner-sharing network of triangles that are known as kagome lattices. KG₃ SB₃  was discovered as a rare metal built from these kagome lattice planes, and surprisingly, also superconducts. Some of the material's other properties have led the researchers to speculate that the charges may form small loops of currents, creating a localized magnetic field.

For years, materials scientists and physicists have predicted that a material would one day be made to exhibit the form of charge density wave that breaks the time-reversal symmetry.

Wison explains that this means that the magnetic moment is broken by certain patterns on the kagome lattice, where the charge moves around a tiny loop. The loop is similar to a current loop, which will render a magnetic field. This state would be a new electronic state of matter that would have significant consequences on underlying unconventional superconductivity.

This is the kind of scientific work for which the Quantum Foundry was established for. It plays a lead role in developing new materials, with its researchers discovering new superconductivity and finding signatures that indicate the repossession of charge density waves in newly developed materials. Now, the materials are studied worldwide due to the numerous aspects of interests of various communities.

If KV₃Sb₅ becomes what is suspected of being, it could be utilized to create a topological qubit that is useful and necessary in quantum information applications, such as quantum computing and sensing.