NASA's Mars Perseverance rover is set to embark on a mission unlike any other as the Ingenuity helicopter notched its 11th Red Planet flight.

Perseverance will gather its first-ever rock sample in the early hours of Friday, August 6. The rover is marking a crucial step in a massive mission to send the first Mars material to Earth. 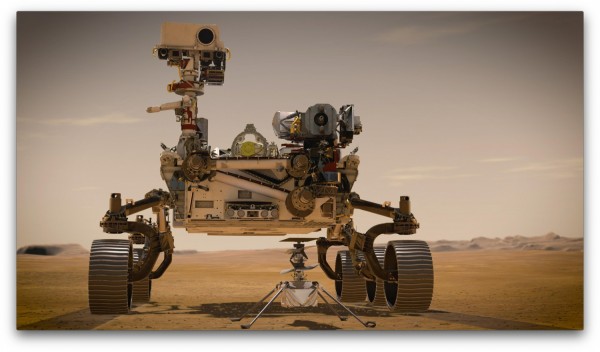 The six-wheeled rover, which landed on Mars in April, has now made its way to the Crater Floor Fractured Rough inside Mars' Jezero Crater.

This is it—the target for my first core sample. This rock may be the oldest I get to sample, so it’ll be a great start to my rock collection. #SamplingMars

According to NASA, it might include Jezero's deepest and oldest exposed bedrock layers. It could assist in solving the burning issue of whether life ever existed on a distant planet.

Bobby Braun of NASA's Jet Propulsion Laboratory, who is heading the Perseverance project, said in a statement that returning samples from Mars has been a major objective of planetary exploration from its start. He claims that this is a time that many scientists and engineers worldwide, including himself, have been anticipating for decades.

Braun claimed such ideas motivated him to explore an aeronautical engineering route as a high school student. According to Braun, this search absorbed the first ten years of his NASA career as a young engineer.

Although Perseverance's superior onboard instruments allow it to conduct a variety of scientific inquiries on its own, Braun said that certain studies, like geochronology, need more complex equipment that is only accessible on Earth.

JPL hopes to gather up to 38 rock samples from various geologic units and surface materials. Material dug out by Perseverance will be cored, sealed, and stored by the rover before collecting and sending back to Earth by a subsequent expedition.

Louise Jandura, JPL's principal engineer for sampling and caching, said in a blog post on the rover's next mission that "the orders to Perseverance will be transmitted, and the waiting starts."

Jandura pointed out that data will start to trickle in throughout the middle of the night, and the team will be awake impatiently expecting the first pieces of information on how things have gone up to that point. She added that they will have to wait until the last parts come down.

The crew promised to provide an update on Friday afternoon, verifying that Perseverance has fulfilled its critical mission.

The trip, which saw the small chopper fly 380 meters (1,250 feet), was intended to bring the Ingenuity to a base for one or more geological research flights, to a rocky stretch of land on Mars' Jezero Crater's surface.

According to a flight plan, Ingenuity awoke for its mission about 12:30 p.m. local time on Mars, which is 12:47 a.m. EDT on Earth, and took off three minutes later. The helicopter was supposed to ascend to a height of 39 feet (12 meters) and travel at 11 mph during the trip (18 kph).

The mission team, located at NASA's JPL in California, acknowledged that the trip was successful and lasted 130.9 seconds in a tweet. However, they did not give any more information on the journey.

#MarsHelicopter has safely flown to a new location! Ingenuity flew for 130.9 seconds and traveled about 380 meters before landing at a spot that will set up a series of future reconnaissance flights to help @NASAPersevere in its search for ancient microbial life. pic.twitter.com/XmIjmDzlyP

The recent trip is among the ongoing campaigns to utilize the Ingenuity as a scout for NASA's Perseverance rover, which is considerably larger. Ingenuity is well-positioned to deliver just that kind of data. Today's trip took the chopper to a new landing spot in an area known as south Séítah by scientists. According to previous remarks regarding the helicopter's operation, the area is marked by sandy ripples that might impede the rover.

Although the helicopter should have acquired a few color photographs and resources for a 3D stereo representation of its new home base, Ingenuity reduced its job to a bare minimum for this mission. According to the mission crew, the small helicopter's next mission should be a reconnaissance trip over south Séítah, with further similar flights possible.