COVID-19 has not stopped infecting millions of people worldwide, and its variants are even doing worse damage. COVID-19 vaccines are now available and are being distributed to different countries. Once vaccinated, people's immune systems will create T-lymphocytes and antibodies to fight off these foreign bodies and build immunity against the virus, according to the Centers for Disease Control and Prevention.

However, it seems that not all of them can provide the optimum protection against SARS-CoV-2 variants that are more infectious and can easily be transmitted to a large number of people.

Recently, scientists claimed that they finally identified the antibodies that can neutralize different kinds of viruses and could pave the way for the development of a pan-COVID vaccine. 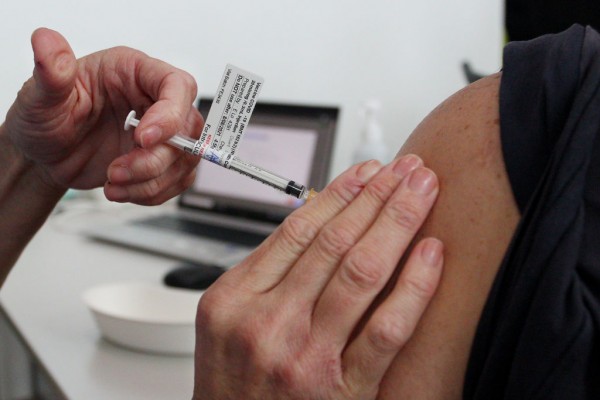 According to a report by The Statesman, scientists discovered human antibodies for the pan-COVID vaccine. The team of scientists from the University of Washington said that these antibodies were detected in some people who recovered from COVID-19.

Their findings were described in the study published in the journal Science, which showed research on five human monoclonal antibodies that can neutralize several beta-coronaviruses.

They examined beta-coronaviruses from COVID-19 convalescent donors. They found that one out of the five promising antibodies they isolated showed hope for the pan-COVID vaccine. This antibody is called the S2P6. Based on molecular structure analysis and functional studies, this can neutralize three different types of beta-coronaviruses.

The team observed that S2P6 could neutralize different viruses by inhibiting its ability to fuse with cell membranes. They target the cell's stem helix, a cell structure in the spike protein of viruses that is critical in its ability to overtake host cells.

SARS-CoV-2 has spike proteins, which are common in many viruses that are conserved during the evolution of certain coronaviruses. Lead author Dora Pinto from the university's School of Medicine in Seattle said that it means spike protein is much less prone to genetic changes and is similar to many coronaviruses found in bats that could be transmitted to people.

They tested it on hamsters and observed them for 24 hours. They found that the S2P6 antibody reduces the viral load of SARS-CoV-2 by preventing SARS-CoV-2 from entering and enhances its antiviral and virus-cleaning cellular immune responses.

Researchers studied how often this antibody appeared among human samples, including those pre-pandemic samples, COVID-vaccinated ones, and those who recovered from the infection. They found that they mostly appear among people who recovered from COVID-19, then later received COVID-19 vaccines.

Since different COVID-19 variants appeared in the last months, the developed vaccines could be less effective in some of them. For instance, the variant found in South Africa is reportedly resistant to specific SARS-CoV-2 monoclonal antibodies that are now being used in the United States.

According to a report in News Medical Life Sciences, these new variants could pose a greater challenge for available vaccines that are approved to fight COVID-19. Therefore, experts recommend developing a pan-COVID vaccine that can protect people from almost all variants of the virus. Similar programs have been in place for other diseases, like influenza.

The pan-coronavirus vaccine could be "one vaccine that rules them all," and help save more people from getting infected from any variant of the virus.