Sleep Deprivation in New Mothers May Add 7 Years to Their Biological Age, Making Them More Vulnerable to Certain Health Conditions

According to a new study, sleep deprivation during the first six months following delivery of the baby may take more years to a new mother's biological age.

According to a Mail Online report, the study authors said their findings mean that mothers complaining of having sleepless nights are taking years off their life, "may well be right.

The researchers added that such a problem could leave these mothers more susceptible to certain health conditions like cancer and cardiovascular disease. They also serve as biomarkers of aging.

The scientists examined 33 mothers in their pregnancies and the first year of the lives of their babies, analyzing their respective DNAs to determine their biological age, which can vary from chronological age.

A year after delivery of the baby, the biological age of participants who slept less than seven hours each night at the six-month mark was between three and seven years older compared to those who logged seven hours of sleep or longer.

ALSO READ: PTSD Is Identified as a Risk Factor of Developing Dementia 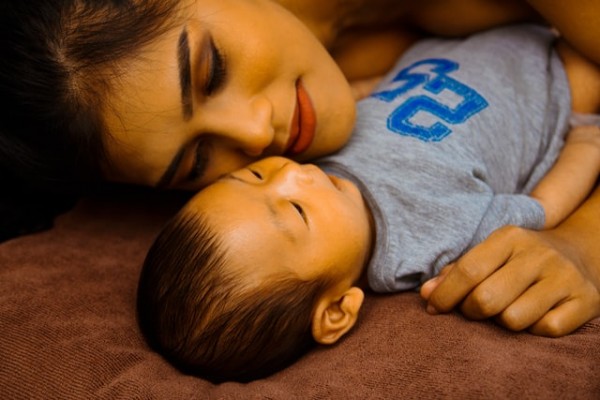 (Photo: Igordoon Primus on Unsplash)
Sleep experts advise new mothers to take advantage of opportunities to get a small amount of extra sleep, such as taking naps during the day while the baby is asleep.

Effect of Sleep on a Mother's Physical Health

As indicated in the report, mothers who had below seven hours of sleep were also found to have shorter telomeres, or DNA pieces, in their white blood cells. This has been associated with severe health problems, according to a Sleep Health journal study.

From the University of California in Los Angeles, Professor Judith Carroll, the study's lead author, said, sleep health is just as essential to total health as exercise and diet.

Carroll added that the first several months of postpartum sleep deprivation could have a lasting impact on a mother's physical health.

It's known from a large body of research that sleeping below seven hours every night is damaging to health and increases the danger of age-related diseases.

The study investigators found that while the nightly sleep of participants ranged from five to nine hours, more than 50 percent were getting below seven hours, both six months and a year from giving birth.

Professor Carroll, a Cousins Center for Psychoneuroimmunology member at the Jane and Terry Semel Institute for Neuroscience and Human Behavior at UCLA, advised new mothers to take advantage of opportunities to get a small amount of extra sleep, such as taking naps during the day while the baby is asleep, accepting offers of support from loved ones, and when possible, seeking help from their partners to help care for the baby during the night and even early morning.

Co-author of the study, Christine Dunkel Schetter, a notable psychology and psychiatry professor at UCLA, said, while speeded biological aging associated with sleep loss may increase health risks in women, it does not "automatically cause harm" to their bodies.

She also said they don't want to convey that mothers are permanently impaired by infant care and lack of sleep. She added they do not know if such impacts are long-lasting.

In a similar report, News-Medical.net said, the researchers cautioned the greater the biological or epigenetic age of an individual, the greater the risk of illness and even the mother's death.

Related information about sleep deprivation in parents is shown on Good Morning America's YouTube video below: