Google and others in the computer sector have been secretly trying to recycle hard disk drives with the help of two rare-earth solid magnets. Issues about future rare-earth metal supply shortages, and the environmental casualties of rare-earth mining, as reported by Grist, have prompted tech firms to investigate if they can mine hard drives instead. 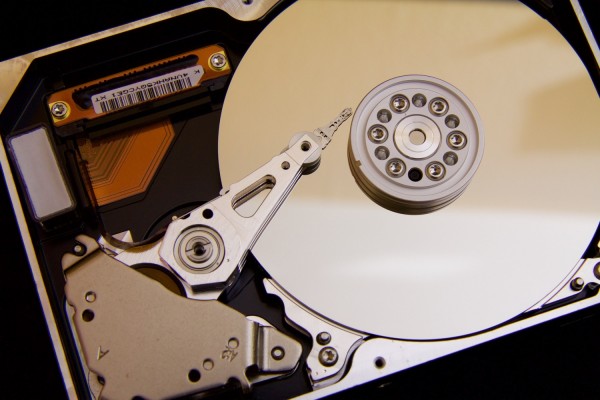 Cambridge said per Grist that approximately 22 million hard disk drives in data centers reach the end of their lives per year. When an operator replaces old drives with new ones every three to five years, the old drives are usually destroyed unceremoniously. Rare-earth elements, which required much resource and energy to extract and convert into magnets, have been lost in a sea of aluminum waste.

Researchers, according to Wired, spent the fall of 2019 dismantling outdated hard disk drives by hand in a Google data center in Mayes County, Oklahoma, to remove a 2-inch-long component known as the magnet assembly. The magnet assembly is a crucial muscle within the hard drive made up of two strong rare-earth magnets.

The scientists extracted 6,100 magnetic muscles over six weeks, all of which were as good as new. The magnets were then sent to a Thai hard drive manufacturing plant. They were installed in new drives and subsequently redeployed to data centers worldwide.

According to "The Global Flow of Hard Disk Drives: Quantifying the Concept of Value Leakage in E-Waste Recovery Systems," the United States alone produces about 17% of all hard disk drives that were used.

Researchers believe that if experts could recycle all of those devices, they might offer more than five percent of all rare-earth magnet market outside China, per Springer. It would potentially help fulfill the need for the information technology sector and renewable energy firms. A group of US researchers, tech businesses, hardware makers, and electronic waste recyclers has only started looking at how those rare earth might be harvested and given a new lease on life.

These stakeholders released a report in 2019 outlining several potential strategies. These include wiping and reusing the whole hard disk drives, reusing and removing magnet assemblies, destroying old hard drive magnets, using the powder to make new ones, and obtaining cleaned rare-earth elements from destroyed drives. Every strategy has its own set of trials. That is because removing magnet assemblies by hand is time-consuming; removing rare earth from technology can be chemically or energy-intensive, resulting in significant waste, and for any of them to be mounted up, buy-in from a wide range of stakeholders across global supply chains is required.

It is 'challenging' to make even the small supply chain changes required to install used or recycled rare-earth magnets in new drives. That is true especially when you have to start with a tiny quantity with new technology. Hence, Google laid out its objectives of building a scalable rare-earth magnet recycling method. Ines Sousa, a co-author of the new report and the supplier environmental impact program manager at Google, said that there are still a few hurdles to clear before it becomes a reality.

The requirement for high purity during magnet recycling "since current hard drives are particularly sensitive to tiny particles," as well as the fact that hard drives are continually evolving, resulting in new magnet designs every few years, are among the difficulties they need to face.

While it may take years for rare-earth magnets to be recycled in large quantities using any method, there are ways to help speed up the process. The federal government already sponsors numerous studies to create cleaner and more efficient techniques for recycling rare-earth metals from magnets through the Critical Materials Institute at Ames National Laboratory.

RELATED ARTICLE: Cloud Storage Explained: How It Works and the Benefits It Brings to Businesses