Phosphate glass is among the numerous adaptive compounds. The utility of the material had been famously developed throughout the history of fuel cells. It also serves as a great biomaterial in the supplication of therapeutic ions. Phosphate glass, also known for its chemical description P2O2, is constructed with phosphorus. Due to the flexibility of the element, phosphorus is capable of bonding with another element, oxygen, in numerous combinations possible. 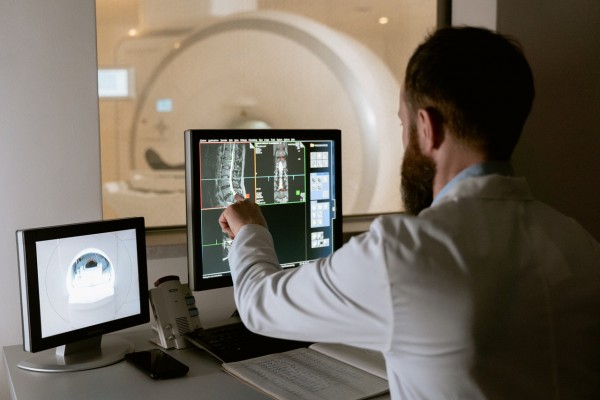 Phosphate glass has many applications, and like many materials, it does its job through the help of its own chemical property's capability. For example, ions in the phosphate glass can influence the time scale of phosphate glass's capacity to dissolve during hydration. Perfecting the chemical reaction occurring in phosphate glass, including the hydration transition, requires knowledge about the deep correlation of ion diffusion and the material's physiochemical structure.

However, the ion and phosphate glass association is challenging to investigate due to its chemical interaction taking place at the atomic level. This led the chemistry experts to find the best suitable observation medium and procedure in grasping ion diffusion.

Chemists at the Nagoya Institute of Technology, led by Tomoyuki Tamura, postulated a hypothesis regarding the ion diffusion process that can work during the hydration reaction of phosphate glass. The ion and phosphate glass relationship study was published in the journal Physical Chemistry Chemical Physics, entitled "Diffusion of protons and sodium ions in silicophosphate glasses: insight based on first-principles molecular dynamic simulations."

P2O5-based phosphate glass contains separate phosphate units that are bonded through three of the atoms on each unit. Using the QP2 and QP3 morphologies, the experts developed a phosphate model in line with understanding the dynamic ions present in the phosphate glass. In order to work under the hydration process, the morphologies with bridging oxygen were bonded with silicon structures.

The theoretical method experts used in the research is called "first-principles molecular dynamic simulator." Through this technique, they were able to examine the chemical reaction that takes place in the glass, specifically the diffusion of proton and sodium ions. The results of the experiment were to make the protons seemingly 'hop' and be adsorbed by a neighboring phosphate's non-bridging oxygen atom through hydrogen bonds.

Based on the observation, QP2 phosphate units were found to have a much stronger proton diffusion compared to the QP3. With that said, the authors noted that the diffusion of ions is influenced by the phosphate network structure of the glass. The adsorption of protons on QP2 phosphate units, on the other hand, decreased the sodium and oxygen ion electrostatic interaction if a sodium ion is present.

The biomaterial demand in the field of treatment and prevention is increasing, but thankfully, phosphate glass makes a promising contender as it perfectly fits the conditions needed by medical patients that suffer from bone and muscle irregularities. According to a PhysOrg report, Tamura said that the water-soluble silicon-phosphate glass makes itself a potential method for the future of tissue regeneration technology.