Brain-Eating Amoeba: Here’s How the Rare Disease Infected a Child While Swimming at a Lake in California

An extraordinarily rare brain-eating amoeba recently infected a child in California who was swimming in a lake.

The Sacramento Bee reported, according to the Tehama County Health Services Agency, the child was diagnosed with "primary amebic meningoencephalitis," a rare disease resulting from brain-eating amoeba, also called PAM.

In the news released early this month, health officials said the possible source of contagion for this child was swimming in a freshwater lake in Tehama County. It was not specified, though, which lake it was. The child's identity was not indicated either. 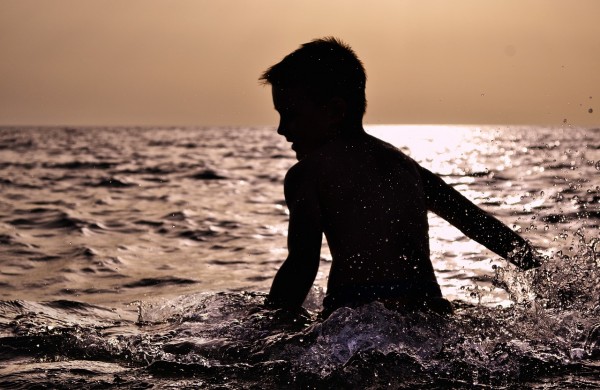 According to the health agency, the infection that occurred in the child is extremely rare, and there have only been 10 reported cases in California since the early 1970s.

The Centers for Disease Control and Prevention said an individual could become infected when water that contains Naegleria fowleri goes up to his nose.

The CDC describes the Naegleria flowleri as usually identified as a brain-eating amoeba that can cause a distressing infection.

Once the Naegleria fowleri, also described in the WebMD site, enters the nose, it goes to the brain where it's causing PAM, which, the CDC said, is usually deadly.

The health agency added, infection usually takes place when an individual goes swimming or diving in warm freshwater places such as rivers and lakes.

How is Brain-Eating Amoeba Transmitted?

Those who have brain-eating amoeba cannot transfer the disease to another individual. More so, people do not get rare diseases from swallowing or drinking the water that contains such contamination.

Once the amoeba is in the body, it can travel to the brain impair brain tissue, county health officials said. According to Healthline, patients who usually find out they have brain-eating amoeba say they experience symptoms including headaches, nausea, fever, and sometimes vomiting.

People may eventually experience a stiff neck as well and may also have some seizures. In addition, those with brain-eating amoeba may also experience hallucinations or even go into a comatose.

Other Cases of this Rare Disease

Out of 148 individuals, four people have been known to recover from the brain-eating amoeba in the United States, the CDC said. This includes the 16-year-old boy who got the rare disease in 2016. He was reported as the fourth PAM survivor in the US.

The 16-year-old was diagnosed within four hours for reporting at the hospital, and he was treated with the same protocol used for the earlier case that occurred in a 12-year-old patient.

This patient made a complete neurologic recovery too, and eventually went back to school. In the said cases, the infection occurred, and they were able to quickly start treatment.

The county health officials said those who have had nasal exposure to warm freshwater during the last 10 days and experience symptoms like the aforementioned, "consult the doctor right away."

The officials added, those exposed to water contaminated with the amoeba but have not developed symptoms after 10 days are probably not infected.

The only way to prevent being infected by brain-eating amoeba is by avoiding swimming in freshwater, according to health officials.

Risk can be reduced by holding the nose or using a nose clip while underwater, or keeping the head above the water all the time.

Related information about brain-eating amoeba infecting a child swimming in a lake is shown on ABC News's YouTube video below: