Some find them attractive, while others find them disturbing. Regardless of how people feel about the daddy long legs spider, chances are one has seen it scurrying up a wall or through its silken web someplace. And, no, it is not harmful.

Scientists have done something with a species of house spider that you probably have never seen before. By tinkering with the animals' DNA, they have developed 'daddy short legs' individuals. 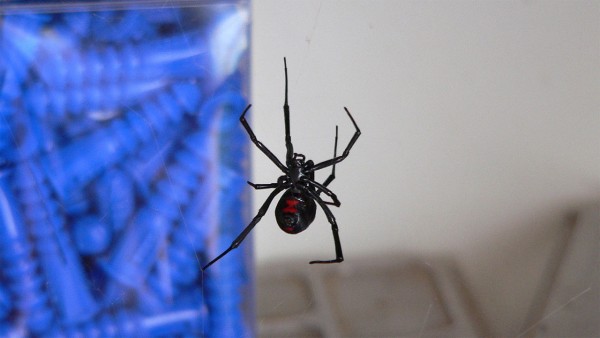 Guilherme Gainett of the University of Wisconsin-Madison and his team of researchers initially traced the genome of 'Phalangium opilio,' technically not a spider but a close relative.

Phalangium opilio, per "Macroecology of Harvestman Mating Systems," is thought to be among the most widespread of more than 6,000 different species of daddy long legs (harvestmen) noted worldwide.

According to Unilad, the researchers used an RNA interference approach to turn off effectively, or 'knockdown,' a pair of genes involved in leg development in hundreds of daddy long legs embryos. Six of the animals' eight legs were roughly half the size of their natural, un-engineered counterparts due to the procedure.

The legs appeared to have been converted into a new type of appendage called a pedipalp, used to handle food.

According to Gainett, the genome of the daddy long legs has a lot of potential for explaining the complicated history of spider genome evolution and body design and in revealing how daddy long legs get their distinctive long legs.

Here's How It Would Help Develop Genetics

The researchers believe that their study will aid in the development of more advanced functional genetics techniques.

Gainett said, per Science Alert, that they are interested in figuring out how genes give birth to unique arachnid characteristics like spider fangs and scorpion pinchers and in using the genome to create the first transgenic harvestmen.

There are currently no efforts to genetically create a kind of daddy long legs as deadly as the urban legend claims. That Arachnophobia sequence has to wait.

The theory is that the spider genome doubled in the ancient past, providing these animals with many genes to choose from for their own evolutionary adventures. There may be a relationship between more complicated genomes and more organism variety.

This recent study should help researchers track the evolution of P. opilio and other arachnids in the future, determining if long and spindly legs developed individually in each group of arthropods.

Researchers noted in the publication that the efficacy of single and double RNAi in this system offers P. opilio an appropriate point of reference for future research of arachnid body plan evolution.

The findings of the study titled "The Genome of a Daddy-Long-Legs (Opiliones) Illuminates the Evolution of Arachnid Appendages," were published in the journal Proceedings of the Royal Society B.

RELATED ARTICLE: Venom Origin: Why Do Insects and Fishes Dominate Diversity in the Animal Kingdom?