A recent study was conducted through the combined expertise of the University of Washington and Stony Brook University regarding the coevolution of bats and Central America's pepper plants throughout evolutionary history. 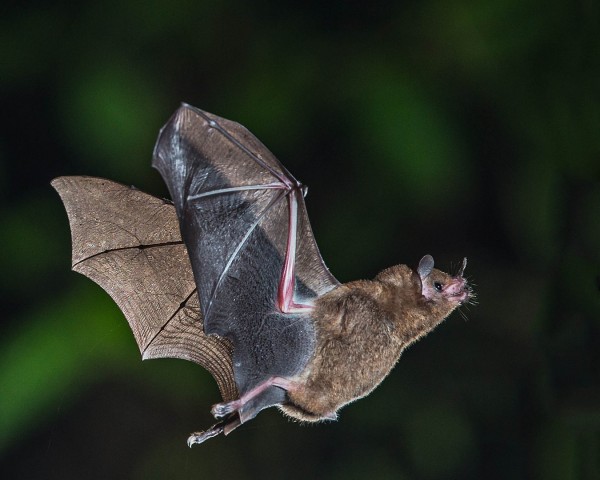 University of Washington biologist, Burke Museum of Natural History and Culture curator, and author of the study Sharlene Santana led the research that focused on the volatile organic compounds, or VOCs found in the fruits of pepper plants that belong to the Piper genus.

According to a report by the UW News, the complex mixture from the fruit's prime ripeness showed that the VOCs could have evolved along with the short-tailed fruit bats, also known as Carollia. The scent-oriented bats are known to be fans of pepper plant fruits. The animal is also a great distributor of seeds to the wild, as they have a habit of excreting intact pepper plant seeds.

The plant-animal mutualism of the pepper plant and short-tailed bat was already studied in previous biology researches, and the initial findings conclude that their interaction is essential to tropical regions and their biodiversity. The two organisms are theorized to exhibit a mutual activity that can be explained through a theory also known as the 'dispersal syndrome hypothesis.'

The dispersal syndrome hypothesis states that animals that usually serve as seed dispersers can select their desired food trait that compliments their sensory abilities. For example, fruit traits like size and color match the animal's vision and sense of smell because of simply co-evolving.

The dispersal syndrome hypothesis has been investigated before by numerous papers, but there is no single record that tested the hypothesis through the use of fruit scents, which are more complex than the basic features of a fruit.

The experts in the recent study attempted to examine the coevolution between bats and fruit scent. The accounts of the first comprehensive investigation of mutualism between plants and bats were published in the journal Proceedings of the Royal Society B Biological Sciences, titled "Fruit Odorants Mediate Co-specialization in a Multispecies Plant-Animal Mutualism."

Costa Rica's La Selva Biological Station was the main source of both the plant and bat specimens. The Piper plant has over 50 species in the location, which makes it the most diverse fruit plant in the region. Along with the pepper plants, 62 bat species reside on the station, with three of them being Carollia species. The specified bats, known as the C. castanea, C. sowellii, and C. perspicillata, are the most active species of bats throughout the year.

The research was challenging for the experts, as they spent a lot of time just looking for the perfect VOC of the pepper plant that creates a unique scent. Along with the search for the VOC scent, the scientists also harvested fecal specimens to intersect the specific pepper plant species that serve as sustenance for the short-tailed fruit bats. The bats and pepper plant specimens were then tallied with the behavioral data gathered from the bat's reaction when offered various fruit options.