Boeing Starliner's OFT-2 flight faces another delay due to the additional repairs of its faulty propulsion valves. The Starliner ship's supposed launch on the third quarter of the year will be rescheduled, but the exact date for the next flight remains unclear. 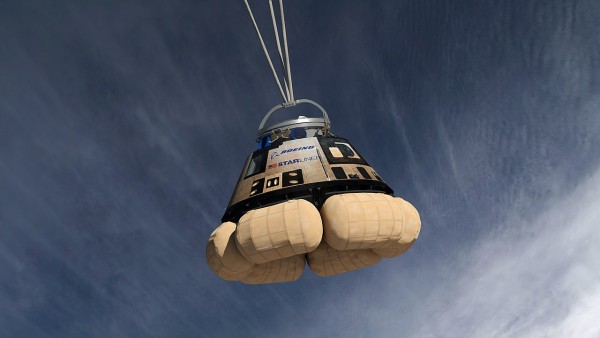 Boeing's launch is one of the most anticipated space missions scheduled in August. The flight company has conducted a lot of development efforts throughout several years to make the Starliner's launch possible, but it seems that it might not happen anytime soon.

The mission includes an initial unmanned test flight for the capsule to supposedly dock on the International Space Station, but its plans for the said test were also delayed in the previous year.

NASA's human exploration division chief Kathy Lueders said in a report by Space that even though the Boeing Starliner experienced yet another disappointing delay, the event is an essential reminder as to why this kind of demo flight is crucial for the overall mission. The expert said that the next flight of the Starliner will follow through once it is ready.

The Starliner spacecraft was already presumed to go through its second orbital flight test this year. The craft's trip to the International Space Station was supposed to be initiated by the Atlas V rocket, powered by United Launch Alliance, that will deploy from the Cape Canaveral Space Force Station located in Florida.

Starliner's first orbital flight test was conducted last December 2019, but multiple issues along the flight were recorded, ultimately preventing the Boeing craft to touch down on the space station. The failed attempt led the unmanned Starliner to orbit the planet for the next two days.

After 18 months, Boeing has developed a new version of the initial Starliner craft, complete with improved equipment and features. The modified Starliner vessel is made to transport humans compared to the first design.

According to Fox Business, the said craft was then set to carry out a safe transit with humans on board for a test of Starliner's flight and orbital capabilities.

Unfortunately, the whole operation did not proceed due to variance in schedules, leaving a Russian module to dock at the ISS instead of the Starliner. July 2021's recorded setback was the beginning of the Boeing spacecraft's series of delays.

Boeing Starliner's recent delay was due to a major problem involving 13 malfunctioning valves that did not exhibit expected results during the preflight checks. NASA's commercial crew expert Steve Stitch said that these valves are responsible for the thrusters and propeller tank of the ship.

The good thing is that Boeing has begun analyzing the root of the issue and examining the overall capsule. Nine out of the 13 valves are being reexamined and tested for their function. Until all of the valves are open, the Starliner will still be grounded, Boeing Commercial Crew Program manager John Vollmer said.

Details about the estimated completion of the repairs and the next orbital space flight attempt of the Starliner spacecraft are not yet announced by both Boeing and NASA.