Protein cells have the ability to separate into tiny sizes, scaling similarly to droplets of oil when dropped on the water surface. In a recent study, this unique process can indicate underlying neurodegenerative diseases that are usually present in most of the population of older adults. Thus, experts from Rutgers University conducted a research that aims to identify and categorize these protein droplets and how the number of each droplet corresponds to a certain type of neurological disorder. 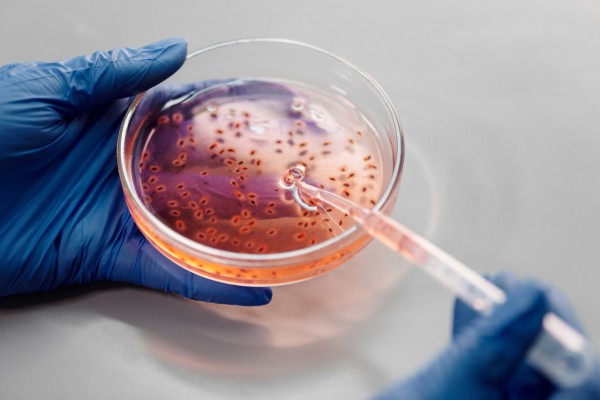 The new neurodegeneration reading technique involves counting every feature available in a protein cell, including its viscosity, surface tension, and size. These factors, along with the quantity of each cell, are found by scientists to be essential in uncovering the puzzles revolving around neurodegenerative illnesses, like Alzheimer's, Parkinson's, and Amyotrophic Lateral Sclerosis.

Understanding more about the protein cells in the brain can also be a gateway for the neuroscience community to gain more comprehensive information about neurological illnesses, as well as to develop new treatments, drugs, and other potential solutions for brain disease. The study was published in the journal Biophysical Reports, titled "Surface Tension and Viscosity of Protein Condensates Quantified by Micropipette Aspiration."

Rutgers University, along with other institutes, focused on observing the quantity of the liquids that appear whenever a liquid-liquid phase takes place. Along this sequence, the proteins and RNA undergo separation similar to the formation of oil when applied to the surface of the water. The overall experiment is based on the cell separation process in biomolecular condensates.

The protein droplets are challenging to study due to their molecular size and unfortunately, there are no available methods yet that can comprehensively quantify the said cells. However, the exceptional details that the protein cells hold in terms of neurodegenerative diseases pushed the experts to formulate a novel approach.

The similarity between protein droplets and oil-water interaction became the key in developing the new technique. In the experiments, the experts found that oils require extreme pressure for extraction from the common liquid to take place and to be transported into a narrow passage.

The same traits and need for high surface tension were presented by the protein droplets. The only difference is that the droplets have a higher rate of tension surface compared to the oil-water combination, and this allowed the scientists to examine the cells through a micropipette.

Rutger-New Brunswick chemical biology expert and principal author of the study Zheng Shi said in a report by PhysOrg that the micropipette technique brought the best observations out of the protein droplets. With the scientific medium, Shi's team differentiated major information from the droplets and common liquids.

Shi adds that the novel method allows a quantitative approach in investigating protein droplet materials as neurodegeneration takes place. The expert and the team anticipate the success of the technique in various areas with limited capacity to observe and develop treatment for brain diseases.