The rising temperature of ocean waters has turned coral reefs from being colorful to bleached ones. Fortunately, scientists have found a solution to prevent the increasing mortality of corals by using probiotics.

Microbiologist Blake Ushijima, who is not part of the study, said that the results are incredibly promising, but there is more to know and understand how these beneficial bacteria work to save coral reefs. 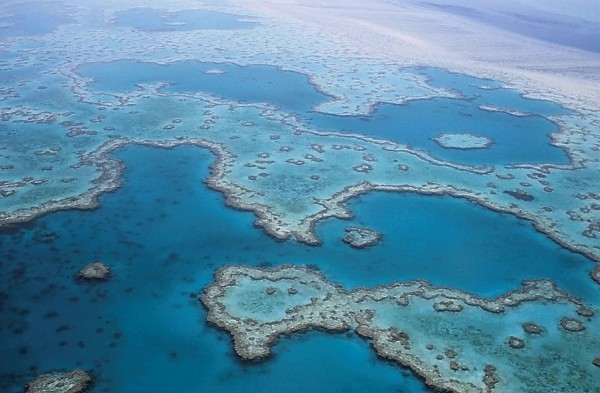 According to Science News, corals are single entities that work in a coalition. Their photosynthetic algae harness power from the sun, which gives them energy. More so, many bacteria live in them that support the corals in cycling nutrients or fighting off pathogens. These bacteria are known as coral holobiont, which, together with corals, form the bedrock of the most biodiverse ecosystems on the planet.

However, the worsening heatwaves in the ocean are making the corals' algae release toxic chemicals that prompt polyps to kick them out. This results in coral bleaching that kills corals.

Since 2016, heat stress has wiped out 29% of shallow-water corals in the northern part of the Great Barrier Reef, disrupting the bacterial communities and the benefits that some bacteria provide.

"Overall, we see a breakdown of symbiotic relationships, and all the microorganisms start to struggle," Science News quoted marine ecologist Raquel Peixoto from King Abdullah University of Science and Technology (KAUST) in Thuwal, Saudi Arabia.

She and a colleague recently found an effective treatment for corals using a carefully concocted probiotic cocktail that could mitigate coral bleaching and prevent mortality of corals in the lab experiments.

ALSO READ: The Great Barrier Reef Has Bleached for the Third Time and Is the Most Far-Reaching in 5 Years!

Peixoto's project of using probiotics in saving coral reefs was first reported in 2020. Peixoto believes that probiotics are beneficial to coral reefs as it helps its photosynthetic algae live longer and survive coral bleaching events.

According to a previous report in Science Times, Peixoto and colleagues tested probiotics on each coral species and were investigating ways of increasing the use of the technology. Now, the news release from KAUST reported that the recent research with other scientists from KAUST found that Beneficial Microorganisms for Corals (BMC) give coral reefs good health and resistance to heat stress.

Coral reefs were able to stimulate immune processes that help them rebuild their microbiome environment and offset symptoms of post-heat stress disorder driven by the increasing water temperatures.

The research also describes in detail the experiment in Peixoto's previous research in Brazil, from where other researchers involved in the study also came. The study received funding from the Great Barrier Reef Foundation's Out of the Blue Box Reef Innovation Challenge for new ideas to protect the coral reefs. It was reportedly supported as well by a famous jewelry company's foundation.

RELATED ARTICLE: Probiotic Bacteria Like Those Found in Yoghurt Can Boost Coral Health in the Great Barrier Reef: Study