Quantum computing is currently limited to laboratories and other specialized locations, mainly because of its cost and existing design limits. However, a new technology for managing up to millions of spin qubits could take these devices one step closer to large-scale availability.

Researchers from the University of New South Wales (UNSW) in Sydney have found the 'missing jigsaw piece' in the current quantum computing architecture.

One of the longstanding problems in quantum computing is that existing technologies can only control a handful of qubits. However, with the new technique, researchers believe that it can contain more spin qubits without the need for a vast space.

The new technique is detailed in the Science Advances research article "Single-Electron Spin Resonance in a Nanoelectronic Device Using a Global Field." 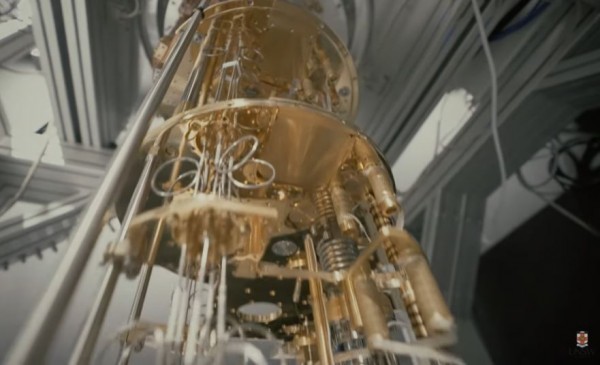 "Quantum computers have promised to revolutionize a wide range of areas that are essential to our daily lives, but current generation quantum computers are major with only a handful of qubits. It's a device proof," explains Dr. Jarryd Pla, one of the study co-authors and a quantum engineer at the UNSW Sydney Faculty of Electrical Engineering and Communications, in a UNSW video report.

He added that he has the 'persistent questions' of moving from controlling a handful of qubits to managing millions of them.

In existing quantum computing technology, devices use a microwave magnetic field generated by a current passing through a 'control wire' located right next to the qubit to be controlled, as explained in a 2012 article from Nature Nanotechnology. The design restriction comes from the fact that the qubit and the control wire must be close to each other, as the induced magnetic field exponentially grows weaker with distance.

Furthermore, controlling more qubits equates to more controlling lines, which requires space and generates heat as a byproduct in its operations. The slightest heat generation could pose a problem for quantum computing systems requiring sub-zero temperatures of about -270 degrees Celsius (-454 degrees Fahrenheit).

In the new technology by the UNSW Sydney team, they have found a way to design a quantum computing device that no longer needs control lines and create a field that covers the entire quantum chip. They made it possible by using a small crystal and exciting it by applying low power microwave, causing the crystal to resonate and, in turn, generating a uniform magnetic field that covers the entire chip region, affecting millions of qubits.

By applying a uniform magnetic field over the qubits, all of these information units rotate at the same rate, making the new system reliable against errors, improving redundancy.

The crystal used by the researcher is called a dielectric resonator, which decreases the wavelength of the microwave to sub-millimeter wavelengths and efficiently converts incoming microwave signals into an induced magnetic field. Since it does not use the conventional control wires, the UNSW Sydney quantum computing solution does not require additional power or generate extra heat.

Check out more news and information on Quantum Computing in Science Times.