Sugar Substitute: Which Is the Healthier Option Between Stevia and Erythritol?

Are you trying to reduce your sugar and calorie intake by using a sugar substitute? You are then, among many who have turned to artificial sweeteners or other sugar alternatives.

According to Mayo Clinic, artificial sweeteners, as well as other sugar substitutes are present in an assortment of food and beverages promoted and sold as "diet" or "sugar-free," which include soft drinks and baked products.

Essentially, stevia and erythritol are famous low-calorie sweeteners that a lot of people are using to help lessen their sugar and calorie intake.

A Healthline report said a person's body does not have the enzymes needed for the digestion of erythritol. Rather, this sweetener is usually absorbed in the bloodstream and expelled through urine unchanged.

Because of this, there is no effect on blood sugar or levels of insulin, making it a great substitute for regular sugar. 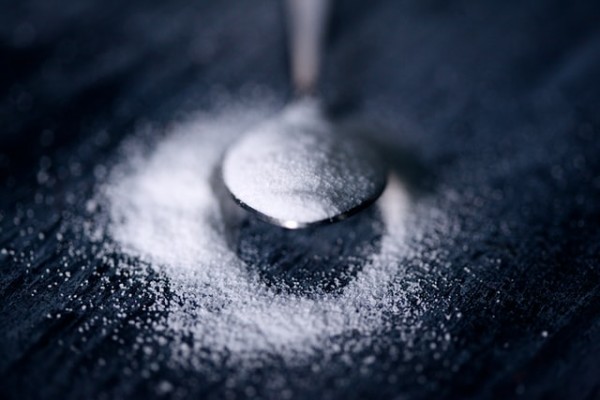 (Photo : Sharon McCutcheon on Unsplash)
The answer to the question of, which is healthier between stevia and erythritol depends on a person’s personal preference, and where and what it’s used for.

Stevia is substantially sweeter compared to sugar. Therefore, it is used in very small amounts and is extensively available in liquid and powder forms.

It can also be added to coffee or tea, or sprinkled over a smoothie, cereal, or yogurt, and used as well, in a lot of baked products.

Erythritol, on the other hand, can be used as well, as a low-calorie alternative for sugar in a lot of recipes which include beverages and baked products.

Often, this sugar substitute is featured in low-carb or ketogenic products like sugar-free gum, candies, and granola bars.

It's not a good idea to mix erythritol with certain dishes at home like ice cream for one, as it does not dissolve well like the regular sugar, and can crystallize.

Benefits of these Sugar Substitutes

Stevia doesn't have calories. Neither does it have carbs. Therefore, if you're cutting down on these two nutrients, you are likely to succeed in doing so.

According to BlissMark, Erythritol is not zero-calorie. Although, it's close. Indeed, it is not technically a zero-calorie sweetener, having 0.24 calories every gram.

Evidently, this is not much, especially that as mentioned, this sugar substitute is not broken down in the digestive system. But the great news is that it's ideal for those cutting calories in their diet.

Additionally, erythritol is different from stevia as it is considered an antioxidant that can lessen the danger of heart disease and regulate diabetes.

Stevia is well tolerated by most people as well. Nevertheless, it is important to bear in mind that a lot of stevia products are mixed with other sweeteners which include sugar alcohols leading to digestive issues such as bloating and gas.

Which is the Healthier Option?

Indeed, the two are excellent sugar substitutes. Aside from helping control blood sugar levels, both stevia and erythritol may also help decrease the number of calories consumed.

The latter-mentioned is linked to minimal side effects, not to mention, can be a great alternative to sugar for many different dishes.

Stevia is more flexible and easier to use, although it features a bitter aftertaste that for some, may not be enjoyable.

Certain stevia types are mixed with other ingredients, which may increase levels of blood sugar or lead to a digestive problem for some people.

Therefore, the answer to the question of, which is healthier between stevia and erythritol depends on a person's personal preference, and where and what it's used for.

Related information about these sugar substitutes is shown on Ford Brewer MD MPH's YouTube video below: