A new study reports the discovery of a novel aggregation-induced enhanced emission (AIEE) molecule, one that has potential applications in nanogating, sensing, and targeted drug release.

Researchers from the Dalian Institute of Chemical Physics of the Chinese Academy of Sciences (CAS) led the effort to discover the new AIEE aromatic molecule.

The Chinese Academy of Sciences team presented their findings in the article "A Novel Aggregation-Induced Enhanced Emission Aromatic Molecule: 2-Aminophenylboronic Acid Dimer," published in the August issue of the Chemical Science journal. 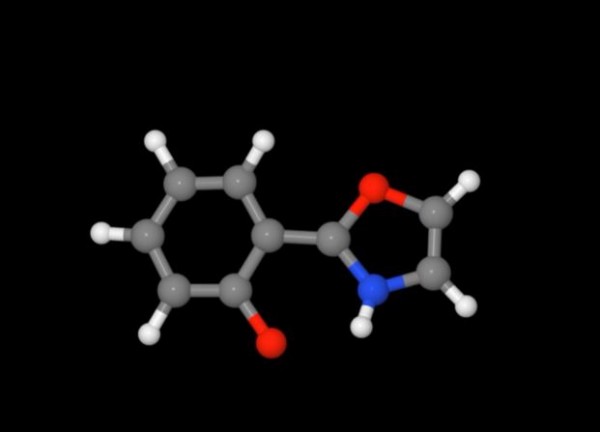 These are situations where weakly emissive organic molecules turn into strong emitters when forced into a molecular aggregation scenario, either while in their solid states or when in the presence of poor solvents.

Traditionally, AIE was characterized only in hexaphenylsilole and tetraphenylethene compounds. Later discoveries have added new molecular frameworks that exhibit the same properties.

In the new study, researchers discovered that 2-aminophenylboronic acid (2-APBA), a substance with a simple structure, was found to be highly emissive in its solid state. Additional tests on the substance revealed that 2-APBA comes in a dimeric form or is composed of a pair of simpler molecules.

Furthermore, the dimer behind 2-APBA is the novel AIEE aromatic molecule.

A Chance Discovery With Profound Implications

In their report, the researchers call the discovery of the new AIEE aromatic molecule a 'chance discovery,' after examining the influence of 2-APBA on the 10-hydroxybenzo[h]quinoline (HBQ) fluorescence.

HBQ is a typical excited-state intramolecular proton transfer (ESIPT) molecule. Generally, HBQ exists as an enol (organic compound characterized by a hydroxy double-bonded to a carbon atom) and undergoes ESIPT.

A 2020 article from Scientific Reports explains ESIPT as the transfer of a hydroxyl proton to an oxygen or nitrogen acceptor through already existing hydrogen bonds. It causes the photoexcited molecule to relax its energy via tautomerization.

A previous study reported the reaction between phenylboronic acid (PBA) and HBQ, interrupting the ESIPT process. With the binding of PBA with N-acetylneuraminic acid (Neu5Ac), HBQ is released and results in decreasing intensity of the substance's emission peak.

However, researchers in the latest study found something different when they changed PBA to 2-APBA. Most notably, the emission peak of HBQ remained almost unchanged. This indicated that the majority of the 2-APBA did not react with HBQ.

Check out more news and information on Aromatic Molecule in Science Times.