Oxygen is among the most important chemical composition of our planet. The said molecules are essential to almost every thriving organism, but there are many theories regarding the true origin of abundant oxygen in the atmosphere of Earth. In a recent study, scientists suggest that the first presence of oxygen was about 50-100 million years earlier than the widely accepted Great Oxidation Event. 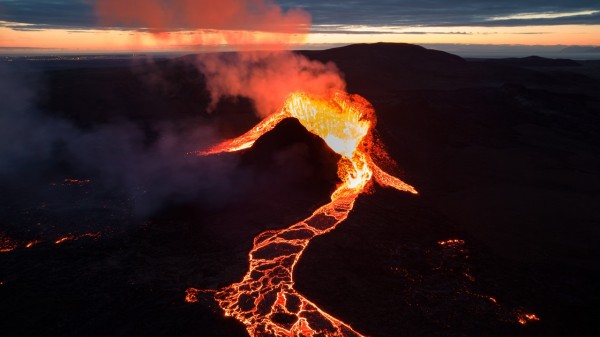 Volcanoes, according to the new paper, are most likely the first provider of oxygen in Earth's atmosphere. The theory suggests that shorter oxygenation activities were already present for millions of years before the major global phenomena known as the Great Oxidation Event.

The findings were based on the data gathered from various rock samples containing evidence of increasing mercury levels, which are believed to originate from early volcanic spews. The volcanic eruptions exhibited in the early Earth provided the planet with abundant lava and ash emissions comprised of various nutrients.

Experts said that these materials could have reached water bodies and ignited most single-celled bacteria such as cyanobacteria to grow and multiply. The study shows that activities from these bacteria pumped O₂ and caused the existence of the very first oxygen on the planet.

University of Washington geology expert and author of the study Roger Buick said in a ScienceAlert report that the short traces of oxygenation was increased in the specified time instead of the oxygen decline due to rocks and other non-living oxygen consumption.

Buick added that understanding more about oxygen's origin in our planet's atmosphere is essential because it is the greatest foundation of the series of evolution and complex life on Earth.

Mount McRae Shale formation was the selected area of the study to gather data regarding the first oxidation process. The area contains drill cores full of evidence pointing back to a specific time before the Great Oxidation Event.

The researchers are convinced that the first oxygen existed about 2.5 billion years ago due to the evident rise of mercury levels and traces of oxidation weathering from the prehistoric volcano activities and phosphorus emissions. Phosphorus is the major contributor to the spike in oxygen levels, as it was in other biological activities.

However, there are insufficient data as to where the first volcanic eruption took place. Nevertheless, the geological data from Canada and India make them the probable location of the volcanic activities responsible for the first oxygenation.

Astrobiologist and author of the study Jana Meixnerová said that the Archaean atmosphere played a part in the gradual dissolution of fresh basaltic rocks through extreme weathering. This process released macronutrient phosphorus to water bodies. The weathering fed the prehistoric microbes, and these manifested a byproduct which is oxygen.

The study assumes that more oxygenation spikes contributed to the culmination of the planet's atmosphere, giving us a better view of the early biological evolution on Earth.

The whole coverage of the study was published in the journal PNAS, titled "Mercury Abundance and Isotopic Composition Indicate Subaerial Volcanism Prior to the End-Archean "Whiff" of Oxygen."