Recent reports have it that scientists assume that a traveling bug is causing the palm tree disease occurring in a state in the United States.

Phys.org reported that what started as a curious investigation of an insect in Florida showed a much larger network of movement throughout the Caribbean basin.

Haplaxiu crudus, typically identified as American palm cixiid, passes on bacteria that cause plant disease in a plant, also known as phytoplasmas.

Essentially, the American palm cixiid is known to spread deadly yellowing disease and fatal bronzing disease, both of which are deadly to an assortment of plant species, specifically coconut and date palms. 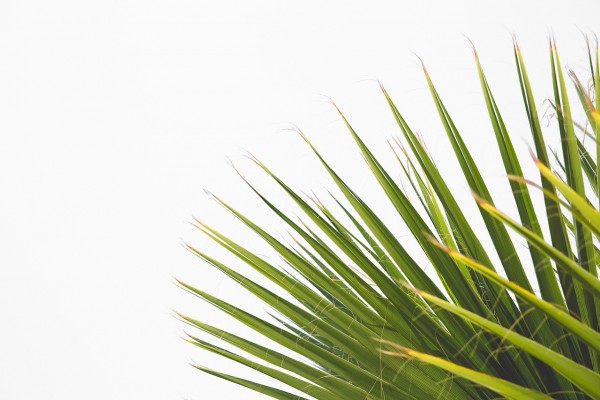 (Photo: ifreestock on Pixabay)
Scientists assume that a traveling bug is causing the palm tree disease occurring in a state in the United States.

According to the University of Florida's Brian Bahder, while many researchers have assumed such pathogens migrated to Florida in infected plants, he wondered if the real culprits were the traveling bugs themselves.

To test his suspicion, he, together with his colleagues, began by classifying the DNA of the insects in Florida, where they discovered four distinct groups.

The next thing they did was look outside the US and tested populations in Colombia, Cosa Rica, and Jamaica, three distinctive and comparatively isolated locations.

They discovered different insect DNA in Colombia and Costa Rica. However, in Jamaica, the team discovered an exact match to one of the groups also found in Florida.

Bahder explained, their findings told them that either the bugs in Jamaica got there from Florida, or the said insects from Jamaica "got introduced to Florida."

The researchers followed up by analyzing historical data from shipping records and reference insect collections. They then identified that the insects from Jamaica possibly got introduced to Florida and brought the pathogen that caused the deadly yellowing in coconut.

The study, published in PhytoFrontiers, marks the first time the palm phytoplasmas' epidemiology has been examined in the context of the spreading insect.

In addition to this, the study investigators produced many new molecular data that others can also use to look at the same species in their area and compare. To date, the American palm cixiid has been detected as far north as the southern part of South Carolina.

Palm Tree Disease and How to Treat It

A University of California report said diseases affect all parts of the palm tree, including the stem, leaves, fruit, and roots.

Some palm tree diseases are lethal, as earlier mentioned, and they threaten the affected or infected plant's survival. Meanwhile, other diseases are considered cosmetic, and they do not cause any long-term danger to the plant's overall function.

Also, according to this report from the university, while thiophanate-methyl or Clearys 3336 has been applied to address diamond scale, a known palm tree disease, there is no solid data on its effectiveness, the timing of use, or interval of retreatment.

The best control of such a disease is to avoid planting palms with W. filifera genetics, specifically in coastal landscapes.

Related information about palm trees dying due to a disease is shown on ABC Action News's YouTube video below: