Researchers are exploring other ways aside from dopamine that might work in reinforcement and rewards to find new approaches to treat addiction and mental disease.

Hence, the University of Washington School of Medicine's Bruchas Lab researchers pushed the knowledge on human reward pathways ahead. They laid down their discovery in adding channels beyond dopamine in the study titled "Ventral Tegmental Area Gabaergic Inhibition of Cholinergic Interneurons in the Ventral Nucleus Accumbens Shell Promotes Reward Reinforcement."

Dr. Michael Bruchas, who leads the Bruchas Lab and the University of Washington School of Medicine's anesthesiology and pain medicine professor, said in Science Daily that the study opens new ways for knowing reward circuitry that could be changed in drug abuse and neuropsychiatric sickness that affect reward processing, like depression.

The dopamine system, which includes neurons projecting from the ventral tegmental area (VTA) to the nucleus accumbens - a crucial structure regulating emotional and motivation processing - is the oldest and most well-known reward pathway.

Dopamine, according to WebMD, is a neurotransmitter produced when the brain anticipates a reward. Activities like eating pizza, dancing, and shopping can all cause a surge in dopamine. However, it may also be caused by drugs, which can lead to substance abuse.

Meanwhile, Very Well Mind said neurons are the basic building blocks of the brain and nervous system. They are the cells that receive sensory information from the outside world, give motor orders to our muscles, and convert and relay electrical impulses at every step along the way. 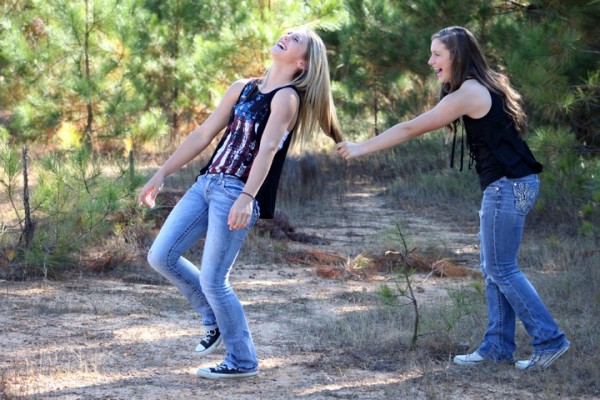 (Photo: PxHere)
A recent study shows happiness depends on where in the world you live.

ALSO READ: Why Do You Experience Memory Problems When You're Depressed? Here's What Science Says

Researchers discovered that GABA neurons make up around 30 percent of cells in the VTA in this study. VTA GABA neurons are becoming more recognized as participants in reward and aversion and possible therapeutic targets for depression, addiction, and other stress-related illnesses.

Study coauthor Raajaram Gowrishankar said in a SciTechDaily report that the researchers found individual GABAergic cells that project broadly to the nucleus accumbens. Still, only projections to a specific area that contributes to reward reinforcement.

In the same SciTech Daily report, co-lead author Ream Al-Hasani also said that the results are like placing together Legos and figuring out how one component relates to another.

Researchers found that long-range GABA neurons from the VTA to the ventral. But not the dorsal nucleus accumbens shell is involved in reward and reinforcement behavior in both male and female mice. This GABAergic projection was shown to suppress cholinergic interneurons, which are important actors in reward-related learning.

These results improve the researchers' knowledge of neural circuits directly implicated in neuropsychiatric disorders such as depression and addiction.

RELATED ARTICLE: Dopamine Impulses Can Be Controlled in the Brain of Mice in Anticipation of Rewards