Altos Labs, an upcoming Silicon Valley company, dedicated to anti-aging research, is supposedly backed by some of the world's wealthiest.

Among the backers of the new biological reprogramming tech startup include Russian-Israeli businessman, physicist, and venture capitalist Yuri Milner and Amazon CEO Jeff Bezos. Also, according to the MIT Technology Review, the new company is already recruiting a number of university scientists to step on board, with big salaries and the promise that they could pursue their respective studies on aging and its reversal unfettered. 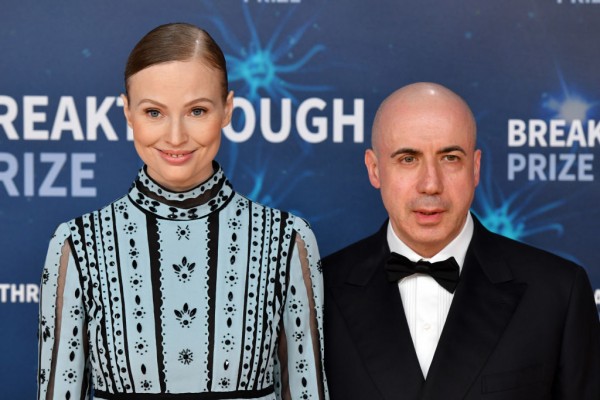 From Private Meeting to International Company

MIT Technology Review reports how a group of scientists attended a scientific conference right on Milner's Los Altos Hills mansion above Palo Alto to discuss how technology could be leveraged to make people younger.

Currently, Altos Labs has been incorporated in the U.K. and the U.S. earlier this year, with plans to establish several institutes such as in the Bay Area, San Diego, Cambridge, the U.K. and Japan.

So far, a few names have been attached to the project, including Juan Carlos Izpisúa Belmonte, a researcher and developmental biologist from the Salk Institute in La Jolla, California. Izpisúa Belmonte became known in the scientific community for being a part of a team that successfully implanted human cells into monkey embryos.

Also reported to join the Altos Labs team is Steve Horvath, a UCLA professor who developed a biological 'epigenetic' clock that accurately measures human aging. Known as the 'Horvath Clock,' this aging model has been described in a series of studies, including his single-author work in 2013.

Another icon in the biological reprogramming field is Shinya Yamanaka, the Japanese stem cell researcher who won a Nobel Prize for Physiology or Medicine.

One of Yamanaka's breakthroughs was that by adding a set of four proteins, the so-called 'Yamanaka factors,' cells can be 'nstructed' to return to a primitive state with the properties of stem cells. Izpisúa Belmonte used the same technology in 2016 on an entire living mouse, achieving signs of age reversal.

The key technology that Altos Labs aims to leverage is biological reprogramming, which, according to a 2011 study, is the process of 'instructing cells' or introducing materials that cause cells to revert to an earlier developmental stage, effectively reversing their entire aging process.

Other companies are also looking into biological reprogramming; chief among them Calico Labs, a life extension tech company first announced in 2013 by Google co-founder Larry Page. However, none of them has been reported to receive the same backing as Altos Labs did.

In the 2016 study by Izpisúa Belmonte's team, some of the mice exhibited different rates of biological reprogramming, with some of them developing embryonic tumors called teratomas, on top of the tissues that became younger.

"Although there are many hurdles to overcome, there is huge potential," Yamanaka told MIT Technology Review.