NASA announced in the third quarter that the 10-billion-dollar James Webb Space Telescope had already passed its last phase of the examination. The final ground-based tests were all set for the launch that will take place in a site located in French Guinea's region Kourou. Recently, NASA reported that the series of the telescope's flight delays would finally end. The official launch date for James Webb Space Telescope will take place on December 18, 2021.

James Webb Space Telescope Will Launch in December after a Decade 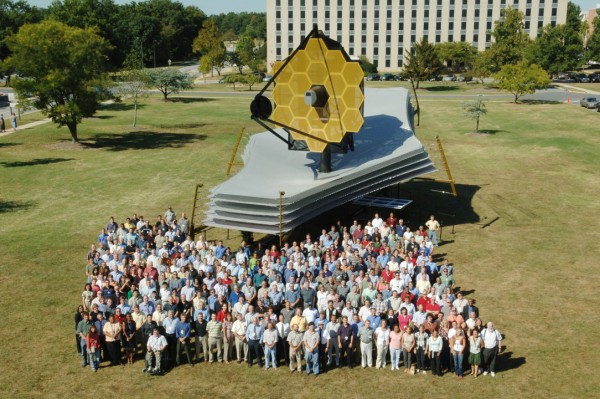 Together with the European Space Agency ESA and Arianespace, NASA announced the launch date back on Wednesday. Arianespace will be the official rocket provider for the James Webb Space Telescope's launch and has selected Ariane 5 rocket to support the lift-off.

NASA's one of the most advanced and most expensive instruments will take off on December 2021 with ESA to exchange Europe's share with the US space agency to conduct observation and studies on James Webb Telescope. The new telescope is expected to chart every interest throughout the universe with its fully functioning features, including infrared mapping and longer light wavelength detection, among the few. The Webb telescope is expected to perform much better than its predecessor, Hubble Space Telescope. According to Ars Technica, the key goal of the telescope is to chart and determine the features of the farthest galaxies in their early age.

The delay of the James Webb Space Telescope launch has become a serious issue for both experts and policy authorities alike. The series of telescope flight postponements was caused by technical problems and other minor developments that are either added or modified in the telescope's architectural system and flight program.

James Webb Space Telescope's decade-long delay is understandable considering that the telescope, scaling to 20 meters, must reach its fully functioning capacity without any anomaly once it is launched. Moreover, the telescope will go through different stages before plunging into the deeps space, including 50 deployments and 178 releases. The steps must be conducted under strict observation and management to properly launch the rocket without issues.

ALSO READ: Mysterious Signal Flashing From Galaxy's Core Baffle Scientists; What Is This Item All About?

One of the initial posts that the James Webb Space Telescope will occupy is a specified point somewhere in the space called the Sun-Earth Lagrange point. The telescope's deployment will be at 1.5 million kilometers from Earth, which is approximately four times the distance of our planet to the moon.

Last summer, ESA and Arianespace went through a major issue with their rocket. The problem was unusual, considering that the space rocket provider had been unfailing for over 25 years of service. The malfunctioned rocket was said to be Ariane 5 itself, the same take-off support that will carry the James Webb Space Telescope up in the skies and into the galaxy. Ariane 5 rocket was grounded from August to July because of a normal rocket problem specified as a payload fairing issue. Fortunately, the issue was immediately considered, and a modification was conducted to resolve the matter. Ariane 5, after redesign improvement, was announced ready for launch in July.