Study findings recently revealed that maternal diabetes, even with the use of insulin and regular checking of blood sugar levels, can permanently impair the fetus.

In connection to the research, a Times NOW report specified, over three million women in their birthing age in the United States and around 60 million worldwide have diabetes, a disorder that takes place when blood sugar is very high.

Approximately 300,000 to 400,000 fetuses each year from mothers who have diabetes are developing neural tube defects when the tissue that's eventually forming the brain and spinal cord becomes unsuccessful in forming properly, resulting in miscarriage or serious disability.

Utilizing investigations in mice, researchers at the University of Maryland School of medicine or UMSOM have found the mechanism behind these structural birth defects, which is said to be because of the neural tissue that's aging prematurely, halting its development before it has enough cells to complete formation of the neural tube. The study, published in Science Advances, was conducted by the UMSOM Center for Birth Defects.

Read Also: Treat Type 2 Diabetes by Adding This Tasty Food to Your Diet 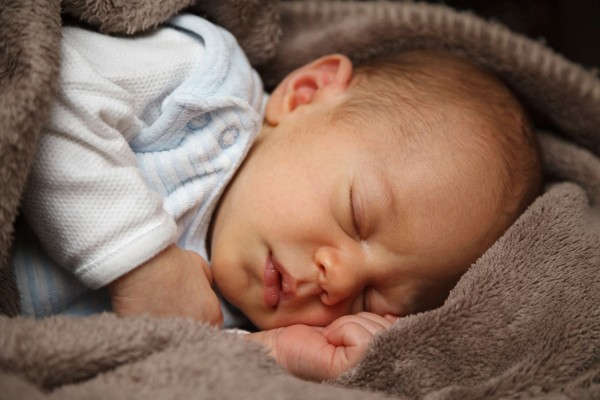 (Photo: Pixabay)
Study findings recently revealed that maternal diabetes, even with the use of insulin and regular checking of blood sugar levels, can permanently impair the fetus.

According to Peixin Yang, Ph.D. and Obstetrics, Gynecology and Reproductive Sciences Professor and Center for Birth Defects Research Director and the Department's Vice-Chair of Research, even though diabetes is a disease commonly linked to an older population, the modern diabetes epidemic in young individuals is mainly fueled by inactivity and obesity.

At the same time, a lot of aging-related illnesses are affected by diabetes, and it's known that high blood sugar appears to induce or improve premature embryonic aging.

A similar ETHealthworld.com report specified that the professor added, for many decades, they hypothesized that premature aging, known as senescence, was taking place in fetuses of mothers who have diabetes and was partly inducing these birth defects.

Dr. Yang also said it was just recently that there had been tools and technology to test such a hypothesis. Discovering such an accurate mechanism for the manner maternal diabetes results in these and other kinds of birth defects in the fetus is the initial step to determining a way to preempt such abnormalities from occurring.

In their research, the study investigators were able to deter the aging process in the tissue through a cancer drug, enabling the neural tube to completely form in mouse feces born from mice with mutations that mimic diabetes.

As a result, the researchers suggested that more specialized treatments could be developed to prevent birth effects or miscarriages in babies born from mothers who have diabetes.

Such markers were not detected in pups from mothers without diabetes. Researchers then identified that the cells with premature aging markers concealed a flurry of other chemical indications that led the neighboring cells to die.

Following the procedure, the study authors then treated the mouse pups from diabetic mothers through the rapamycin cancer drug, as explained in the Aging journal, which preempts the poisonous chemical indications released by prematurely aging cells.

As a result, they discovered that mouse pups treated with the said drug had neural tubes that were completely formed like those detected in pups born from mothers that don't have diabetes. Dr. Yang explained, the drug substantially made the senescent cells behave in a normal manner.

Regrettably, rapamycin is affecting too many other cell processes, not to mention, it can be poisonous, so it would not be a feasible treatment for the prevention of neural tube defects in human infants.

Related information about congenital disabilities is shown on ANI News's YouTube video below:

Check out more news and information on Diabetes in Science Times.