People expect to suffer briefly from symptoms like fatigue, fever, or nausea after they get injected with the COVID-19 vaccine.

Nevertheless, a Hindustan Times report said some women have complained that the vaccines also disrupted their menstrual cycle.

For journalism student Arushi Bhaskar, both of the vaccine doses delayed their period by two weeks. The student added, aside from the increased cramps and bleeding, the delayed menstruation also "took an emotional toll."

She also added that such a delay caused anxiety and stress as she didn't understand why this was happening to her. It led to terrible mood swings, too, as well as depressive episodes. 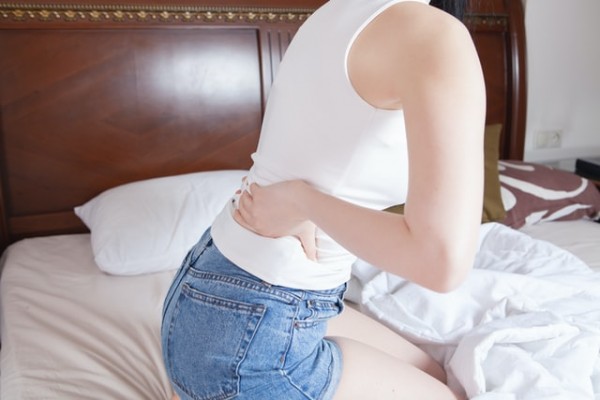 (Photo: Sasun Bughdaryan on Unsplash)
A study showed both of the COVID-19 vaccine doses delayed women’s period by two weeks, and, aside from the increased cramps and bleeding, the delayed menstruation also ‘took an emotional toll.’

The case of Arushi, this report indicated, is not a unique case. A recently published report from the peer-reviewed British Medical Journal has stated that there might be a possible connection between changes to menstrual cycles and vaccines against COVID-19, and the matter should be further investigated.

Dr. Victoria male, the editorial's author from Imperial College London, links the problem with the body's immune response instead of something in the vaccine.

The author explained that menstrual changes had been reported following mRNA and adenovirus vectored vaccines against COVID-19, suggesting that if there is a link, it is possible to be a result of the immune response to vaccination instead of a particular vaccine component.

According to Dr. Male, more than 30,000 inoculated women have reported suffering from period problems, including changes to their menstrual cycle, ScienceAlert reported.

Link Between Vaccine and Menstrual Cycle

The reports were made to the United Kingdom Medicine and Healthcare Products Regulatory Agency or MHRA surveillance tactic, developed in the public interest to report negative side effects.

Nonetheless, the expert noted that most people are discovering their menstrual cycle returns to normal the next cycle and, essentially, there is no evidence that COVID-19 vaccination is negatively affecting fertility.

Male explained, one essential lesson is that the impact of medical interventions on menstruation need not be an afterthought in future studies.

If a connection between menstrual changes is validated, this will enable people seeking vaccinations to plan for possibly changing cycles, elaborated Male, ScienceAlert reported.

She suggested that medical experts encourage their patients to report any menstrual changes or unexpected vaginal bleeding following vaccination to the scheme of MHRA.

Even though the MHRA has dismissed claims and released a statement that said it does not back an association between the vaccines and changes in menstrual cycles, the research showed otherwise.

Aside from the UK researchers, study investigators from the United States, Katherine Lee and Kate Clancy have collected over 140,000 reports from people who have noticed a change in their menstruation after vaccination.

Women have reported, too, that vaccine is affecting their menopause. According to Deepa Gupta, for her, menopause had appropriately set in.

But then, she was given the first dose of the vaccine in April this year, and it stimulated periods for the next four months.

Related information about the link between menstruation and COVID-19 vaccines is shown on Good Morning America's YouTube video below: