Moon Has Great Impact on How Humans Sleep: More Than 850 People, Lunar Cycle Monitored for Years

Reports have recently come out, stating that the Moon, including its cycles, have long been examined for the investigation of their effect on human sleep, although the outcomes of such analyses have been rather inconsistent.

A ScienceAlert report said sleep is among the most important things an individual is doing, although millions of people are not getting enough of it. Some of the distractions that are preventing people from getting adequate sleep are evident.

A new research monitored the sleep of more than 850 individuals in Uppsala, Sweden, through the use of polysomnography measurements to determine their sleep onset, duration, and quality for just one night. 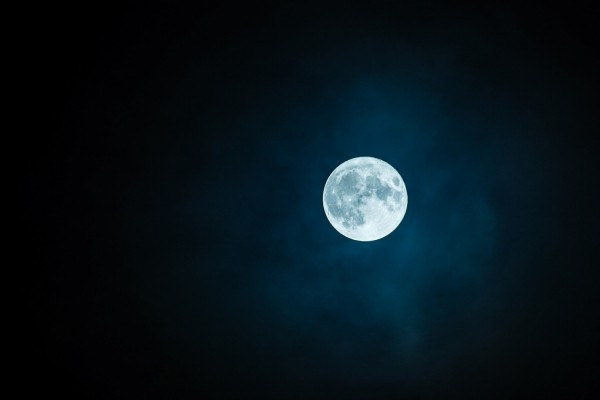 (Photo : Robert Karkowski on Pixabay)
The philosophy goes that the rising brightness of the waxing Moon, reaching an optical buildup on the night of the full Moon, should impact human sleep adversely in general, given people commonly tend to sleep better, with more darkness, in general.

The said one-night measurements were recorded in people for many years, across males and females. The nights recorded turned out representing different phases of the lunar cycle.  The new Moon "waxes to a full Moon," with its noticeable, illuminated area increasing in size as the brightness decreases following the full Moon in the period until the following new Moon.

The philosophy goes that the rising brightness of the waxing Moon, reaching an optical buildup on the night of the full Moon, should impact human sleep adversely in general, given people commonly tend to sleep better, with more darkness, in general.

Some research has indeed borne that philosophy out, although others were unsuccessful in replicating it. In the new study, the results seem to verify that lunar cycles indeed have a substantial and detectable effect on human sleep, although intriguingly, not all people are affected in a similar way.

Benedict, a neuroscientist and first author of the study added that on the contrary, the sleep of women stayed greatly unaffected by the lunar cycle.

While the outcomes in women were less suggestive of the influence of the Moon on their sleeping patterns, the phenomenon is definitely not unseen.

The researchers' paper presents women in their study slept nearly 12 minutes less on average, on nights during the waxing period than the waning nights.

Given the result, men were found to have slept over 20 minutes less during waxing nights, while other markers of Moon's impacts were much more pronounced as well, in men, which include 3.4 percent lower efficiency of sleep, more wakefulness, and larger disruptions of sleep durations at waxing nights.

Because of this observational study, published in the Science of the Total Environment, the researchers are not claiming that a causative impact is at work here.

According to Benedict, their research cannot unravel if the connection of sleep with the lunar cycle was contributing or simply correlative.

Meaning, there is certainly something going on here that appears to make humans sleep differently, in synch with the brightness and fullness of the Moon on a given night. It is just difficult to authoritatively pinpoint the degree of this impact.

Related information about moon's effect on human sleep is shown on VideoFromSpace's YouTube video below:

Check out more news and information on Sleep and Moon on Science Times.