Physical Medicine and Rehabilitation: New Study Suggests Stroke Patients May Take Up to 3 Months to Recover

People who have suffered from a stroke appear to recuperate through physical medicine, more arm, and hand function if rigorous rehabilitation begins two or three months following their brain injury.

An NPR report said a study of more than 70 stroke patients suggested this is a crucial period when the brain has the greatest capability of rewiring.

The result, according to co-author of the study and director of the Brain Plasticity and Recovery Elissa Newport, at Georgetown University Medical Center, is challenging the present practice of starting rehabilitation as soon as possible after a stroke attack and recommends intensive rehabilitation need to go on longer compared to most insurance coverage is allowing.

Specifically, Newport noted, two to three months following a stroke is when an individual is at home. She added that's not when the majority of the people are undergoing their rehabilitation. 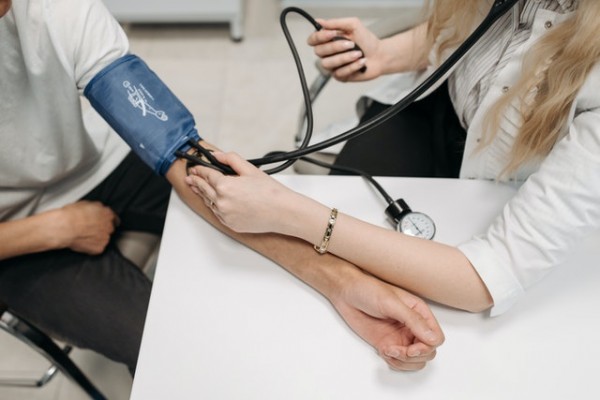 (Photo : Pavel Danilyuk on Pexels)
People who have suffered from a stroke appear to recuperate through physical medicine, more arm, and hand function if rigorous rehabilitation begins two or three months following their brain injury.

Newport spoke in place of Dr. Alexander Domerick, lead author of the study who died after the said research was accepted before its publication.

If the results are verified along with other more extensive research, the clinical protocol, specifically for the timing of stroke rehabilitation would be changed, explained neurosurgery professor Li-Ru Zhao, at Upstate Medical University in Syracuse, New York, who was not part of the study.

The research included patients, who were treated at Medstar National Rehabilitation Hospital in Washington DC, mostly aged 50s and 60s.

Anthony McEachern, one of the study participants, was 45 years old when he had a stroke in 2017. Describing his experience, he said, his ability to move was decreasing "in front of my eyes."

Only a few hours earlier, McEachern had been copying Michael Jackson's dance moves with his kids. However, at home that night he discovered himself not being able to stand.

McEachern, now a visual and performing arts professor at North Carolina Agricultural and Technical State University said, he spent one week at the hospital going through treatment and over a month in a rehabilitation center.

Slowly, he regained his ability to walk. Although after he returned home, he remained to have trouble with basic tasks which involved his right arm and hand.

What was discovered, according to Newport, is that the best recovery is those who were given intensive training at two to three months following their stroke.

A similar KZYX report said that according to brain scientists, the findings of the study are possible to trigger a new round of discussion on when to begin intensive rehabilitation for a stroke patient.

Zhao said it is good to help determine what is a great start to help identify such an optimal time or sensitive period to start rigorous motor training.

However, the research, published in the Proceedings of the National Academy of Sciences of the United States of America, was comparatively small and limited to a particular treatment center.

The notion, chair of neurology Dr. Jin-Moo Lee, at Washington University in St. Louis said, that there is a critical period when the brain is most capable of recovering is something that has been expected all along, based on animal prototypes.

However, the expert elaborated, this is really the first human evidence that there is a period in which rehabilitation treatments are most efficient in the improvement of recovery.

After a stroke, continued Lee, the brain is in survival mode, attempting to clean up the mess which injury has caused. Ultimately, even though the brain gets in an interim period in which an injury slowly turns out to be a scar.

Check out more news and information on Stroke in Science Times.