A 22-year-old Chinese man was recently reported to have died after experiencing a beverage-associated freak accident.

A New York Post report specified that he consumed a 1.5-liter bottle of Coca-Cola to hydrate because of hot weather and experienced gas buildup.

Six hours following ingestion of a large amount of soda, he suffered symptoms that comprised a swollen stomach, not to mention severe pain, and was eventually brought to a hospital in Beijing.

Even though the man had no existing health issues, doctors found him rapidly breathing with low blood pressure and elevated heart rate.

ALSO READ: Chronic Pain 101: Should I Exercise Instead of Taking Analgesics? 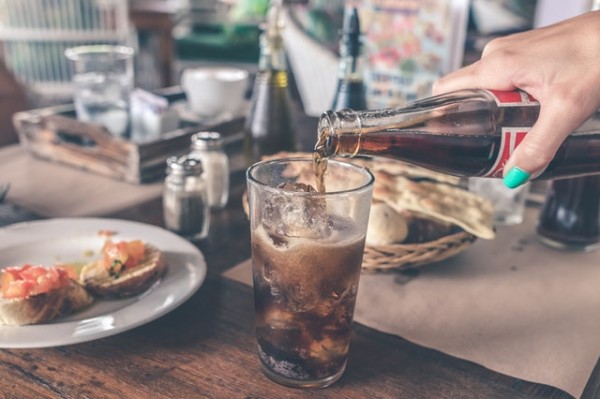 (Photo : Artem Beliaikin on Pexels)
It’s a common knowledge that soda increases one’s risk of certain conditions like cardiovascular disease, diabetes and poor dental health, among others, but softdrinks can contribute as well, to a more abrupt health risk like dehydration.

A CT scan identified unusual levels in both the man's intestinal walls and portal vein that's supplying the liver with blood.

This, in turn, had reportedly led him to suffer hepatic ischemia also called "shock liver," which results from a lack of oxygen to the organ.

The staff attempted to fix the problem by discharging gas from the digestive system and managing medication but they failed. The man died 18 hours after.

An Inside Edition report said that according to biochemist Professor Nathan Davies, at University College London, the real cause of the man's death is unknown. It remains strongly implausible that "it was because of the Coca-Cola overdose," he said.

The biochemist suggests bacterial infection could have caused the man's death, instead. He added these microbes could have a pocket of gas in the intestinal wall, then leaking into other body parts, like the portal vein.

The case of the Chinese man was detailed in a report published in Clinics and Research in Hepatology and Gastroenterology.

What to Do When Hydrating With Soda

According to Prevention.com, it's common knowledge that soda increases one's risk of certain conditions like cardiovascular disease, diabetes, and poor dental health, among others, but softdrinks can contribute as well, to more abrupt health risks like dehydration.

A study from the American Psychology Society showed that using soda for rehydration certainly worsens dehydration, not to mention increases kidney impairments, compared to drinking plain water or water added with stevia for a sweetener.

Even though the research was carried out on rodents, the study authors said the results still bring serious concerns for individuals who are regularly quenching their thirst with softdrinks.

For those craving some sweet drink in a hot season, experts recommend adding some fresh fruit to one glass of seltzer.

Other Drinks to Avoid During Hot Season

Other than softdrinks, health and nutrition experts advise not to drink alcoholic beverages and coffee or tea during hot days. A frosty mug of beer may seem enticing, or any kind of alcoholic drink, but it is the last thing a person should reach for.

Since it is a diuretic, explained a spokesperson for the Academy of Nutrition and Dietetics, Heather Mangieri, RDN, alcohol is a contributor to increased urine output, which increases the risk of dehydration. She also suggested that if one is really in the mood for a cold drink, he should choose to be a water chaser, instead.

Sipping an alcoholic drink, followed by a sip of water, can help alleviate dehydration, not to mention a disgusting hangover the following day.

Related information about drinking too much soda is shown on CBS Mornings' YouTube video below: