4-Inches Cement Discovered in a Man's Heart; How Did the Stone Get There?

In a recent study, a man's chest pain was discovered with an unusual condition. The chest pain reported was caused by a material that is not commonly found in a heart or any organs in the human anatomy. The research specified the object as the cement that measures 4 inches. The foreign object is located in the inner region of the patient's heart and could have possibly been delivered through the bloodstream. One of the suspected causes of the cement being stuck into the pumping organ of the patient is that it was part of contamination that was not addressed right after a medical procedure which the patient went through. 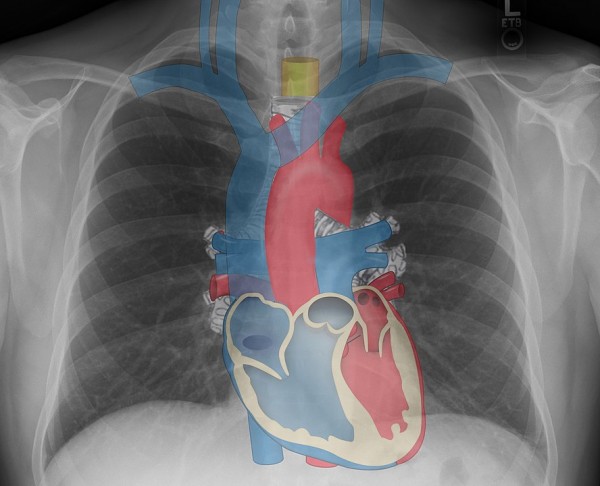 Yale University School of Medicine experts has analyzed the case in their recent study. According to LiveScience, the patient is a 56-year old male that has been admitted after being affected by chest pain he had been already experiencing for two days prior to the admission. The medical record also stated that along with the abnormal spike in the chest, the patient also experienced difficulty in breathing.

The case explained that the patient went through a spinal procedure a week before the incident occurred. The medical treatment was applied due to his broken vertebra, a condition also called the vertebral compression fracture. The state of having this type of spinal damage is severe and could inflict uneasiness and extreme pain. The vertebral compression fracture of the patient was diagnosed with the corresponding collapse among the pieces of the spine bone. The National Institutes of Health NIH describes that the spinal problem is commonly related to the weakening of bone structures or osteoporosis.

Kyphoplasty was the procedure that was relayed to the patient. During this medical procedure, experts put a specialized cement into the regions of the affected vertebra through injection. The cement procedure is developed to help people with vertebral compression fracture restore their standard spinal form and prevent it from further damage such as collapse.

Kyphoplasty is a spinal procedure that is proven safe and effective medical treatment. The American Association of Neurological Surgeons states that only a few cases, or about 2 percent of complications, were recorded after kyphoplasty. However, like any other spine procedure, kyphoplasty has its own corresponding risks. Among the known issues of the treatment is the leakage of the specialized cement materials from the spinal region. The strongest impact it could bring to the overall condition of the human body is embolism or the blockage of blood vessels.

The cement was found during the admission of the patient in the ER, and was removed via heart surgery. Fortunately, the foreign object was extracted from the patient. The 4-inches or 10.1-centimeter cement was found on the right upper chamber of the heart and was discovered to have inflicted an additional puncture to the right lung of the patient. The heart surgery did not apply any additional damage to the patient, and the report confirmed that he was already in the recovery phase. The study was published in The New England Journal of Medicine, titled "Intracardiac Cement Embolism."