University of Kentucky College of Medicine experts has conducted a new experiment that allows us to discover more about how limbs evolved through time. The main focus of the study is the gene information present in the vertebrate species, as it could give comprehensive clues about the limb development of species with spines that occurred during the early age of our planet. The study was made possible with the help of mice subjects and their corresponding genes. Based on the study's results, the early ancestral limb development took place when the four-legged species called tetrapods initially existed.

Evolution of Limb Development in Vertebrates 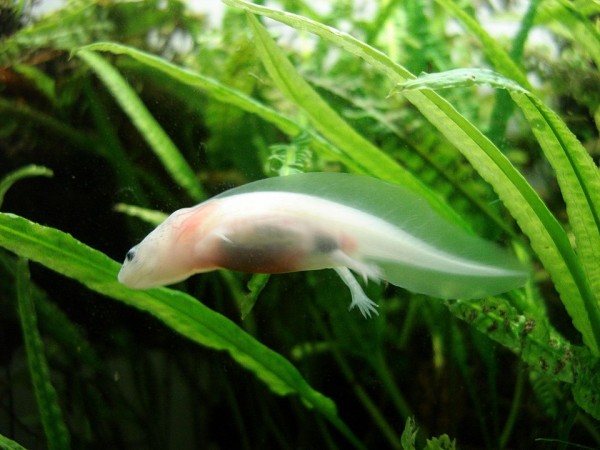 Tetrapods are already theorized in numerous studies to be the starting point of vertebrate evolution. In the recent survey, the limbs on tetrapods were supported, presenting how the first formation of the bone structure in hands and feet was processed. The postaxial development investigation was observed in the salamanders, which had been identified as a unique animal that is not affected by the evolution of vertebrates. Instead of postaxial, the limbs of salamanders have developed preaxially. This means that the limbs have developed from inside the edge of the hand or feet, growing thumb first before the pinky.

University of Kentucky Department of Neuroscience and Ambystoma Genetic Stock Center expert Randal Voss said in a Florida News Times report that the study revolving around the preaxial development of salamanders had been a topic for numerous evolutionary research for more than a century. The expert added that the recent findings support the hypothesis of preaxial evolution is related and ancestral to the postaxial that are exhibited by other tetrapods. Voss said that the salamanders are not different from other vertebrate species and had simply kept their own limb development genes that had been passed down from their ancestral lineage.

Salamander regeneration and biology expert Voss conducted the limb evolution research together with the principal researcher of the study, Susan Mackem, along with the collaborative effort of other institutes including the Center for Cancer Research at the National Cancer Institute. The comprehensive study on the evolution of vertebrate limbs was processed with the collection of findings from the limb signaling networks and salamander's regeneration ability.

The limb study included mice and axolotl salamander subjects for the gene manipulation phase. The target gene to be examined is called Gli3, which is known as the responsible factor for regulating the growth of limbs as well as its genetic pattern. Based on the findings, the mice subjects with high levels of Gli3 genes had preaxial limb development and obtained a pattern comparable to the salamanders. The salamander subjects posed a parallel result, having their limbs developed in a postaxial manner, like the mice and other modern-day tetrapods, after being decreased with Gli3 gene levels.

Gene manipulation was utilized to bring back their limb development pattern from the ancestral lineage. Through the experiments, it was proven that Gli3 was the specific gene that is responsible for the shift of early tetrapod's preaxial limb development. The study was published in the journal Current Biology, titled "Genetic basis for an evolutionary shift from ancestral preaxial to postaxial limb polarity in non-urodele vertebrates."