Alzheimer's Disease Can Be Prevented? Preclinical Study Claims Natural Compound in Basil May be the Answer

A preclinical study by researchers from the University of South Florida (USF Health) suggests that a chemical compound, called fenchol, found in basil could help protect the brain from Alzheimer's disease pathology.

In the study, titled "Activation of Microbiota Sensor- Free Fatty Acid Receptor 2 Signaling Ameliorates Amyloid-Β Induced Neurotoxicity by Modulating Proteolysis/Senescence Axis" published in the Frontiers in Aging Neuroscience, researchers reported that a sensing mechanism associated with gut microbiome explains how the compound reduces neurotoxicity in the brain of an Alzheimer's patient. 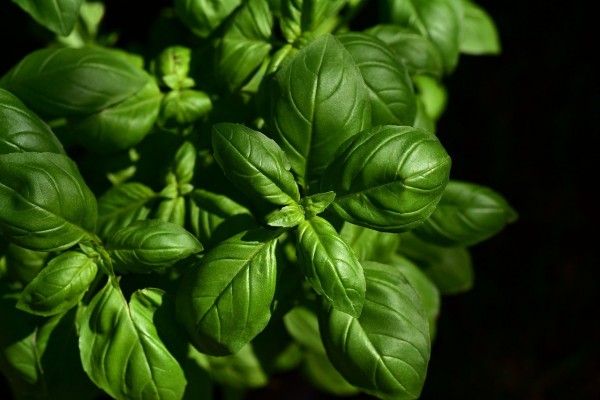 Medical Xpress reported that hardened deposits of the amyloid-beta (Aβ) protein are associated with Alzheimer's disease as they clump together between nerve cells to form amyloid plaques in the brain. Combined with neurofibrillary tangles of tau protein, these pathologies trigger neuron loss and death that leads to the onset of Alzheimer's disease.

There is a growing interest in the link between the gut microbiome and the brain and how the former could influence brain health. For instance, Science Times previously reported that a critical part of the gut could be the "first brain" based on the idea that the spine and the brain in vertebrates evolved much later.

On the other hand, researchers of the new preclinical study looked at the molecular mechanisms that explain the interaction between gut microbiome and brain that might affect age-related cognitive decline. Previous studies showed that short-chain fatty acids (SCFAs) contribute to brain health and that older patients with neurocognitive disorders have a reduced amount of SCFAs.

Scientists have not yet understood how the decline in SCFAs could contribute to the progression of Alzheimer's disease. However, the new study found that SCFA's in the gut that travels through the blood and into the brain can bind and trigger a cell-signaling molecule expressed in neurons, called free fatty acid receptor 2 (FFAR2).

Principal investigator Dr. Hariom Yadav, a professor of neurosurgery and brain repair at USF Health Morsani College of Medicine, said that their study is the first to discover that stimulating FFAR2 by sCFAs could protect the brain cells against the accumulation of amyloid-beta (Aβ) protein.

Finding a Natural Alternative to SCFA to Activate FFAR2

Researchers performed a large-scale virtual screening to find potential candidates that mimic the same benefits of the gut-derived SCFA in stimulating the FFAR2 to protect the brain from Alzheimer's disease. This is important because SCFAs are mostly consumed by the gut ad other organs before it reaches the brain.

They were able to identify the compound fenchol in basil that can best bind with FFAR2's active site to activate it. Further experiments demonstrated that fenchol reduced amyloid-beta (Aβ) accumulation and death of neurons in animal models with Alzheimer's disease. The compound also decreased senescent neuronal cells and stop zombie cells to replicate and let them die a slow death.

"It reduces the formation of half-dead zombie neuronal cells and also increases the degradation of (nonfunctioning) Aβ, so that amyloid protein is cleared from the brain much faster," Dr. Yadav said as quoted by Medical Xpress.