New astronomical research is being developed in the massive Mitzpe Ramon crater, located in Israel. The said study is composed of testing the space environment known as the AMADEE-20 analog, a simulated mission that mimics the precise conditions astronauts could experience on the surface of Mars. 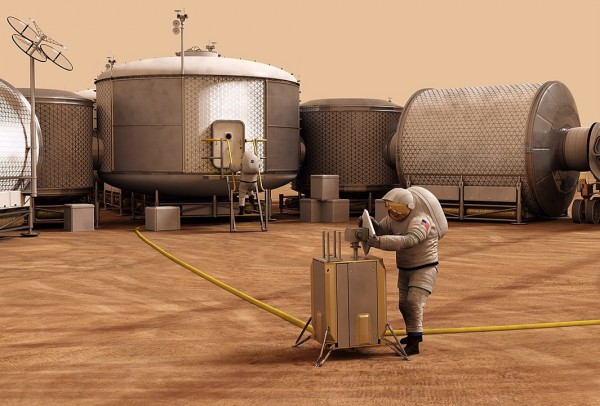 The Mars analog mission was developed and led by experts from the Austrian Space Forum OeWF and was supported by the collaborative efforts of the Israel Space Agency ISA and the D-MARS Habitat. The analog mission included the participation of astronauts hailing from 25 different countries. Each of the astronauts is catered by the service of the Mission Support Center. The mission will include a long-term simulation in which the astronauts will live in a man-made environment that heavily mimics the conditions on the red planet. The simulation will be implemented right on the crater of the Mitzpe Ramon crater.

Among the key interests of Israel's Mars simulation will be unique from the previous studies. The Mars analog mission will examine the harsh conditions on the red planet and the process of interaction, and the way of life humans will achieve during their deployment.

AMADEE-20 expert and leader of the mission Sophie Gruber said in The Jerusalem Post report that the conditions on Mars must be taken into the serious aspect, as the harsh environment could lead to death. Because of the risk of the red planet's atmospheric composition, the team will lower the notch for the simulation.

Guber said that if extremities are applied to the simulation, it will only cause unwanted damages and make the mission irrelevant. The habitat will be developed with an airlock to meet the standards on the surface of Mars, and the participants will be required to put on necessary gears such as spacesuits if they were to exit the premises of the simulated station.

Experiments, Search for Life, and Habitat Support Will Be Conducted in Israel's Mars Simulation

Israel's Mars simulation is will start on October 11 and will end on the last day of the month. Among the goals of the Mars analog mission is to process a series of experiments under the near-Mars environment. Gruber said that the most perfect analog in simulation Mars is the planet itself. The expert added that they have already attempted to look for the nearest environment where the simulation could take place, but there are no available regions that could provide the precise conditions Mars possesses.

The Austrian Space Forum previously held its initial simulations in Austria and Oman; the new Mars analog in the Mitzper Ramon crater would allow the participant astronauts to conduct 20 various types of observation and analysis that would benefit numerous scientific fields biology, chemistry, psychology, and physics. In addition to the experiments, the team will also develop potential solutions to find clues of life while under the simulated environment of the AMADEE-20. The life support humans could obtain on the red planet will also be targeted on the mission, as advancements could push us to colonize Mars any time soon.