A new preprint study recently found that children are not at risk for more severe COVID-19 disease with Delta than earlier severe acute respiratory syndrome coronavirus two or SARS-CoV-2 strains.

According to a News-Medical.Net report, in the first extensive epidemiological research comparing COVID-19 infection between strains in children, scientists discovered that children were more likely to be as sick from Delta as they would be from infection by the Alpha variant.

As suggested by new data, most kids had COVID-19 symptoms for less than two days and short illness durations. Only a few kids needed hospital admission.

The research team concluded their work might help educate if children are in crucial requirement of vaccinations. The study authors said their research is adding quantitative information around the infection's manifestation because of the Delta variant in children, which will contribute to the ongoing argument on the role of vaccination in children, specifically for the younger ones.

ALSO READ: What Are the Best COVID-19 Face Masks for Classrooms? 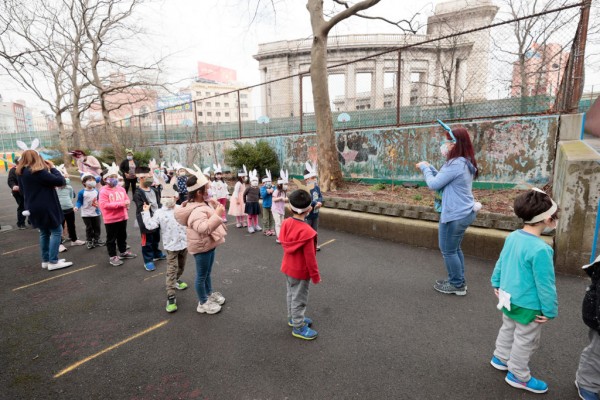 The study was conducted from December 28, 2020, during the dominance of the Alpha variant, until July 8, 2021, while the Delta strain was prevailing.

In the preprint study published in medRxiv, the study authors examined the differences in symptoms and their duration and severity.

In general, there were more than 270 children whose ages range from five to 11 years, and over 400 kids aged between 12 and 17 years who were infected with the Alpha strain.

Similarly, around 227 kids between five and 11 years of age and roughly 479 kids whose age ranges from 12 to 17 years old were infected with the Delta strain.

Consequently, children were inclined to recover from COVID-19 symptoms in less than one week, whether or not variant illness profiles were similar between children ill with COVID-19 Alpha or Delta variant.

In a similar report, The Medical Progress specified that most children recovered in less than one week with either strain. Based on age, younger children aged five to 11 years old tended to recover four days later, and older children managed recovery six days after.

As a whole, five younger and 22 older kids took longer than 28 days to recover from COVID-19 disease. No new symptoms appeared in kids who suffered from a longer-lasting infection.

Younger kids infected with the Alpha variant had blisters that lasted the longest compared to the COVID-19 symptoms. Nonetheless, the chances of developing blisters were very low, approximately one percent.

The Similarity of Symptoms Between Variants

Similar symptom profiles between COVID-19 variants. Younger kids complained of similar symptoms with either Delta or Alpha variant, including a runny nose, fatigue, and headache.

Additionally, older kids with Alpha were more potential to experience fatigue, runny nose, and headache. On the contrary, other kids infected with the Delta variant said they had more sore throats, fatigue, and headaches.

As the results showed, seven symptoms of the virus were shared between both strains. This included fatigue, loss of smell or taste, headache, sneezing, fever, sore throat, and runny nose.

Symptoms more typical with Delta than Alpha, on the other hand, included dizziness, fever, eye soreness, chills or shivers, and a hoarse voice.

Lastly, few children necessitated hospital admission for severe COVID-19 infection. More so, only a few kids needed hospital confinement with any of the variants.

Related report about the Delta variant in children is shown on the University of Hospitals' YouTube video below:

RELATED ARTICLE: Post-COVID-19 Vaccination: How to Know If You Need to Mask Up After Getting Fully Vaccinated