Many people online were recently baffled after seeing a strange island on Google Map appearing to have been totally blacked out.

Following the online incident, LAD Bible reported, some people have proposed they might have finally discovered an island from Lost, a famous film.

Certainly, one who has seen the movie will have an idea of why it is not possible. And for those who have no idea about it, Lost was released more than ten years ago; therefore, anyone can go back and figure it out himself.

As indicated in this report, this is not an island. It added, it seems to be an atoll. It has remained unknown where "Lost" actually is, and Google Maps, perhaps, as most people know, is quite extensive. 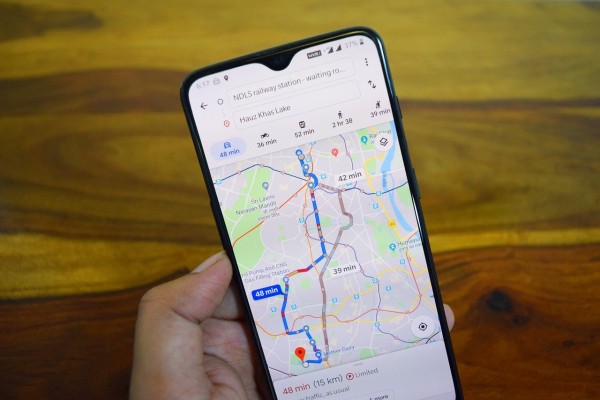 (Photo: Deepanker Verma on Pixabay)
Many people online were recently baffled after seeing a strange island on Google Map appearing to have been totally blacked out.

'Blacked Out' Spot on Google Maps

There's one thing, though, that's sure of is that it seems odd. The island's external part, in which the concentration for no is on the island, appears to exhibit the lighter sea and even a number of waves that crash against seemingly lovely beaches surrounding it and even outside.

Nevertheless, according to a similar Daily Star report, the island's center is blacked out, and it's known for a fact that Google Maps is sometimes doing black spaces out that they do not have access to, or those wanting to know what is going on there, or simply, do not like being on Google Maps.

This is quite fair enough, and not all people want their residence to be readily accessible. More so, there is just a chance that the blacked-out area is an accident or coincidence of how the program is developed. Possibly, they have forgotten to put or include the center of it.

People may well never be aware of or know, still, that has not prevented those in the tech industry, particularly the online community, from speculating about it.

Meanwhile, another web-based speculator said, his first thought was that it is changed. It would not make sense for a natural construction to be black similar to that in such a small, shallow island or atoll.

Many are now asking why that case would be. A third, as earlier teased, the "Island in Lost" has finally been found.

Nonetheless, Times NOW reported, a Reddit user said he might have discovered what he described as an "admittedly dull" fix to the problem. Specifically, they said the fix to the problem is that the blue surrounding the island is a painted-in color for the oceans to appear uniform on the maps.

The social media commenter also said, Islands are added by deleting some of the blue colors to allow satellite images to show through.

In terms of shape, islands do come in all shapes, as well as sizes. According to speculators, whatever that is, "It looks pretty cool," assuming it's some hybrid of "Lost" island.

The trailer of the movie, Lost is shown on Trailer Blend's YouTube video below: