43-Year-Old Man Had His Right Eye Removed Due to Cancer With Symptoms of Watery, Irritated Eye

Daniel Jackson, 43, from Margate in Kent, had his right eye removed after being diagnosed with eye cancer. According to Daily Mail, Jackson first experienced irritation symptoms when he was 34 years old. But being a young, strong man, he avoided making an appointment with his GP. At that time, he did not think that it was a serious medical issue.

Now, he is left with a huge hole in his face but has undergone facial reconstruction. He said he is now happy with his appearance and campaigns for disfigurement charities. 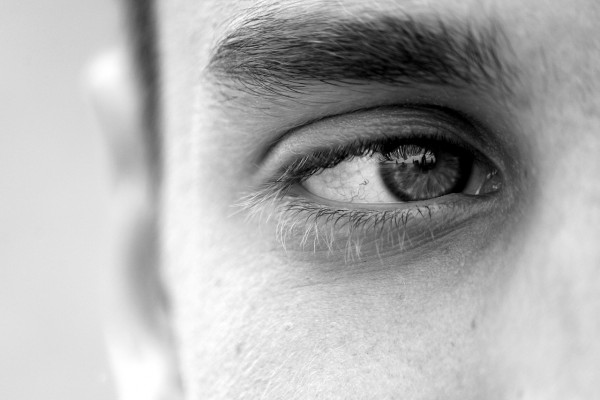 (Photo: Pixabay)
43-Year-Old Man Had His Right Eye Removed Due to Cancer With Symptoms of Watery, Irritated Eye

A Face You See in Horror Movies

Jackson complained of watery and irritating eyes nine years ago and was given antibiotics, and eye drops to relieve the symptoms. But scans showed that there is a growing tumor in his ethmoid sinus behind his right eye.

The only symptom he had was his watery eye caused by the growth of the tumor. He was told that he could survive his cancer, but his right eye would be removed and its surrounding tissue. Jackson said that he was willing to do whatever it took, and so he underwent a procedure removing his right eye.

But the operation combined with radiotherapy caused a lot of toll on him. Radiotherapy had an adverse effect on the soft tissues on his skin, and slowly the stitched-up areas opened back and left him with a huge hole in his face. He described it as a face that is typically seen in horror movies.

He went through extensive facial reconstruction that closed the hole on his face and left severe facial scarring. Jackson now uses his experience to raise awareness for people with facial disfigurement, has been working with charities to highlight the poor representation of people with facial scarring and increase acceptance to society, created a support group with the charity Let's Face It, and works with Scar Free Foundation to help research to scar treatment.

According to Cancer.Net, a website supported by The American Society of Clinical Oncology, eye cancer refers to many types of tumors that can start in various parts of the eye.

A person can be diagnosed with eye cancer when healthy cells surrounding the eye grow uncontrollably and form into a mass or tumor, benign or cancerous. A benign tumor could grow but not spread, while a cancerous or malignant tumor spreads to other body parts. Cancer in the eyeball is called an intraocular malignancy, or cancer that forms inside the eye.

Other types of eye cancer are retinoblastoma and hemangioma. Meanwhile, some rare cancers of the eye include conjunctival melanoma, eyelid carcinoma, and lacrimal gland tumor.

The American Cancer Society said that treatment for eye cancer would depend on the type and stage of the eye cancer and other factors. But treatment options might include targeted drugs and immunotherapy, laser therapy, chemotherapy, surgery, and radiotherapy, similar to Jackson's treatment.