Newly discovered sponge-like animals could change the known history of animal evolution. These new structures suggest that they could have lived even before the Great Oxidation Event, implying that animal evolution could be pushed back by several hundred million years.

Scientists have been studying fossil records of shells, exoskeletons, and bones from animals alive back then. These "hard parts" were deposited during the Cambrian explosion less than 540 million years ago.

The new sponge-like structures scientists discovered could solve the conundrum called Darwin's dilemma that remained unsolved for 160 years after Charles Darwin published his On the Origin of Species. 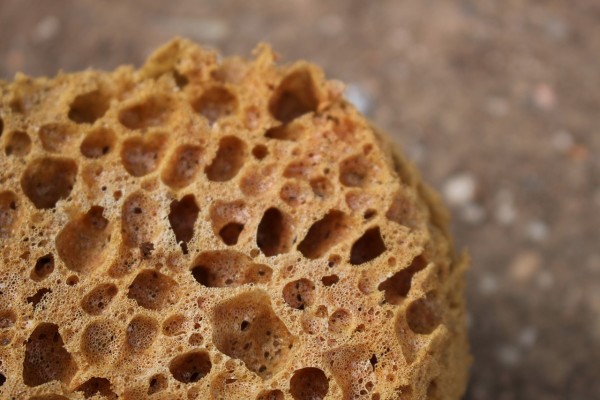 Modern sponges were thought to emerge between one billion and 541 million years ago during the Neoproterozoic era. EarthSky reported that the sponge-first hypothesis suggests that sponges are the most basic animal in the animal evolutionary tree and were most likely the first to appear.

Sponges are animals that use oxygen and feed on the organic matter in the water. Sponges and animals did not appear or diversify until after the Great Oxidation Event that resulted from the accumulation of oxygen produced by the photosynthesizing cyanobacteria called blue-green algae.

However, scientists have not found any fossil evidence of sponges in rocks that date in that period, partly because they do not have shells and bones despite having an internal skeleton made of microscopic mineralized rods. Some also have a tough skeleton made from protein fibers called "spongin" that resemble a bath sponge.

Scientists found that modern fossil sponges can be preserved in the rock record when their soft tissue is calcified and hardens around spongin fibers before they decay. A branching structure appears in the rock, unlike algae and bacteria or fungi.

ALSO READ: Rapid Evolution Like Flying Insects Losing Wings May Have Been Caused by Deforestation

Professor Elizabeth Turner, a paleontologist in the Harquail School of Earth Sciences at Laurentian University, described a microstructure in an 890-million-year-old rock in Canada ad proposed that this could be evidence that sponges emerged several hundred million years early than previously thought.

The rock samples have identified branching networks of small tube-shaped structures that were surrounded by crystals of calcite. The team said that these structures resemble the fibrous skeleton of demosponges, implying that the animal evolution could have occurred independently from the oxygenation event that made life possible on Earth.

Therefore, these structures could be older than the next-youngest undisputed fossilized early sponges by approximately 350 million years.

Therefore, these structures could be older than the next-youngest undisputed fossilized early sponges by approximately 350 million years.

Check out more news and information on Evolution in Science Times.