Ocean waves are among the greatest natural materials that hold immeasurable force. The waves contain an alluring structure, but their power could also be devastating in some aspects. Waves have enough energy to move an external object. The ability of waves to shuffle bodies can be observed through the displacement of sand, minerals, and even massive boulders.

Because of the energy capacity that it could exhibit, waves have been examined as a potential energy provider. A new study has been conducted to develop a flexible power source model based on seaweed movements. In this way, the ripples that the waves produce underwater could move the generator and convert it to electric energy, supporting most devices utilized in the marine industry. 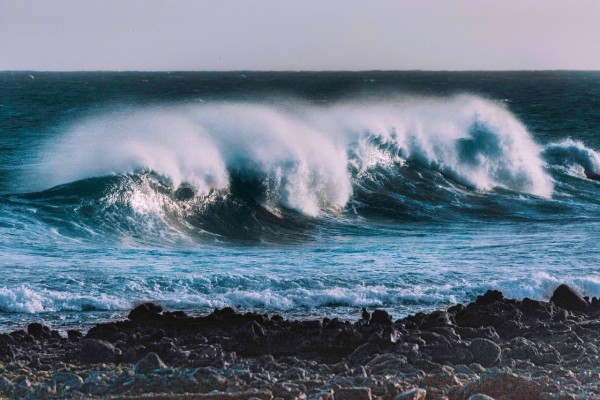 There are pieces of equipment or a network of marine sensors embedded in the coastal zones of some regions that are part of the marine industry, whether for fishing, tourism, or transport. These devices are utilized to help the ships and other ocean vehicles navigate across the vast water bodies and monitor the water quality.

The system programmed in the sensor networks devices is powered by batteries. However, it needs to be maintained and replaced for a specific interval. With that said, the power source which the marine devices are equipped with serves as their own disadvantages. The process of maintaining these batteries is time-consuming, complex, and expensive.

Among the possible power source that could replace the batteries for the ocean, sensors are the traditional solar and wind powers. However, most of these devices are not applicable for underwater use. To gain both the water-resistant feature and renewable capacity, previous studies have attempted to develop floating sensors.

This new development could gather as much power as the waves provide through the rotational magnets equipped to it. The only problem is that the floating power device does not work whenever supplied with fewer waves, and it was found that more forces are underwater than on the surface.

Experts are eyeing triboelectric nanogenerators or TENGs, as they may have the most potential among the previous innovations. ScienceDaily reported that the TENGs could also work even if supplied with lower frequencies, aside from gaining static energies from the waves. Experts developed the device from the Dalian Maritime University's Marine Engineering College.

The study was authored by Dalian Key Laboratory of Marine Micro/Nano Energy and Self-powered Systems professionals Minyi Xu, Zhong Lin Wang, and their colleagues. In the research, a device was developed to mimic how the strands of seaweeds move and vibrate underwater, harvesting sustainable energy and providing a charge to the bendable TENGs for submerged marine sensors.

The development included materials such as conductive ink and polymer strips. The 1.2 by 3 inches strips were divided by a sponge to create a small gap, allowing airflow through the polymers. The system was then sealed inside to process the TENG method and tested afterward.

The experiments show that the constructed device could generate electricity with a 100 kPa pressure, comparable to the underwater coastal zones. The study was published in the journal ACS Nano, titled "Flexible Seaweed-Like Triboelectric Nanogenerator as a Wave Energy Harvester Powering Marine Internet of Things."