A study led by researchers from University College London suggests that catching the infectious mononucleosis, also known as the "kissing disease," at a young age increases that person's risk of developing multiple sclerosis later in life.

Previous studies have only shown that those genetically predisposed to multiple sclerosis have a higher risk of suffering from a serious case of kissing disease. Now, researchers have flipped that correlation, saying that being infected with the latter as teens put them at risk of developing the former. But those who caught the kissing disease did not have an increased risk of multiple sclerosis. 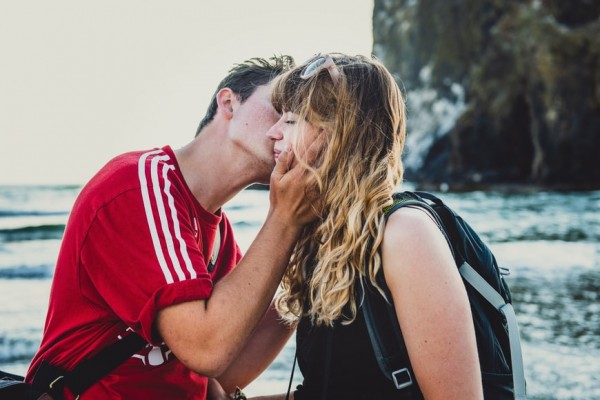 Why Is It Called the Kissing Disease?

According to Cleveland Clinic, infectious mononucleosis is an illness that commonly affects teens and young adults, although children can also get infected. This is caused by the Epstein-Barr Virus (EBV) and is also called the "kissing disease" because it spreads easily through saliva and other bodily fluids.

Although most cases do not suffer serious illnesses, they could still experience extreme fatigue, body aches, and other symptoms that may interfere with the daily lives of the infected person.

EBV is a herpes virus that can be sexually transmitted like the herpes simplex virus (HSV), although EBV is most commonly transmitted via drinks or kissing. Besides that, other ways it can spread are through blood transfusion, coughing or sneezing, sexual contact, sharing food or eating utensils, and organ transplants.

UCL researchers gathered medical data from more than 2.4 million people to see how the kissing disease is linked to multiple sclerosis, Daily Mail reported. They looked at people's inherent genetic risk of developing multiple sclerosis since it is a hereditary disease.

Since the team also want to confirm that the same factors that cause multiple sclerosis cause the kissing disease, they looked for records of people who contracted the infectious mononucleosis and compared them to siblings who did not contract the disease or with siblings who caught it at a different age.

Furthermore, they also divided their participants into three different age groups: 10 years old and below, 11 to 19, and 20 to 24 years old. They found that those infected at ten years old and below have a 68% higher chance of developing multiple sclerosis, while those in the 11 to 19 age group have a 155% increased risk.

The dangers of the kissing disease in the third age group generally decreased. Although there is still an increase in the risk of developing multiple sclerosis, it is not enough to conclude it.

Researchers also found that multiple sclerosis develops fairly slow in which most people show signs until they are 30 years old. The team suggests that teens who caught the disease have the greatest risk of developing multiple sclerosis. The virus could get into the brain, causing damage to nerve cells through autoimmunity that attacks the myelin sheath, protecting neurons.

Check out more news and information on Multiple Sclerosis in Science Times.