There are numerous animal species with tusks, elephants, walruses, hyraxes, narwhals, and more. All these have one thing in common, they are all mammals. There are no reptiles, birds, or fish with tusks. In a recent study, researchers delved deep into the evolutionary dentistry of these mammalian species to trace the first mammal to have tusk evolution. 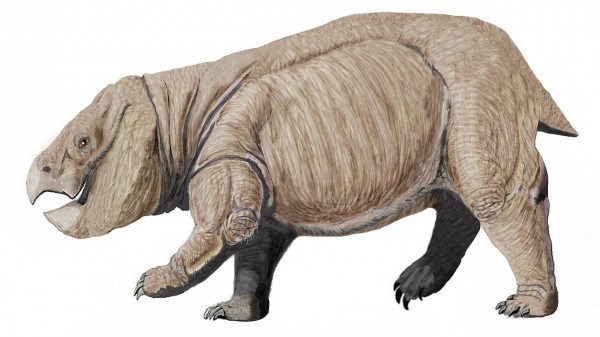 When it comes to tusks no animal is more infamous than elephants. We've all seen majestic photographs of elephants showing off their off-white tusks on both sides of their trunks. The ivory is a site to behold but most importantly it is vital to the species survival and existence.

According to the World Wildlife Organization, ivory tusks are in fact massive teeth protruding beyond the elephant's mouth. Of course, this isn't the same for other tusked mammals. However, like other mammals, the tusks are deeply rooted in the animal's mouth. Much of it is composed of dentine a hard and dense bony tissue.

Elephant tusks have evolved from teeth to give the species an evolutionary advantage. It serves numerous purposes such as lifting heavy objects, foraging and gathering food, stripping bark, defense and digging.

Megan Whitney, lead author, and researcher from Harvard University says that tusks are famous for anatomy. However, until the conduction of the study, she wasn't aware that it was restricted to mammals.

In a study published in the journal Proceedings of the Royal Society B, titled "The evolution of the synapsid tusk: insights from dicynodont therapsid tusk histology" researchers were able to show that the first tusks belonged to a species that lived before modern mammals and even before the great dinosaurs, known as dicynodonts.

According to the authors of the study, these dicynodonts lived mostly before the age of dinosaurs from roughly 270 to 201 million years in the past, ranging in size from that of a rat to the enormity of an elephant. Their closest living relatives are modern-day mammals however, they looked similar to reptiles in that it had turtle-like beaks. Since the species' discovery 176 years in the past, one of its most defining features is its pair of protruding tusks in its upper jaws.

Angielczyk, a co-author of the study, hit upon a vital distinction that not all protruding teeth could technically be tusks. Hence, for the paper, the authors defined tusks as a tooth extending past the animals mouth that would keep growing throughout its life. And unlike most mammals' teeth, the surfaces of tusks are comprised of dentine rather than the hardest bone tissue enamel.

Brandon Peecook, the curator at the Idaho Museum of Natural History and a co-author of the paper explains that dicynodonts were among the most abundant and diverse vertebrates on land before the time of the dinosaurs and were famous for sporting off-white tusks. However, in reality, only a few true tusks can be seen with the rest just being big teeth. Since then tusks have evolved numerous times.