With the top companies across the board investing and being more interested in the world's cheapest alternative source of energy: solar panels, the growing demand for more eco-friendly tools is high. With the advent of solar panels, green architecture has also taken the rise with millions asking for more ways to develop houses that are eco-friendly and sustainable.

What is Solar Paint? 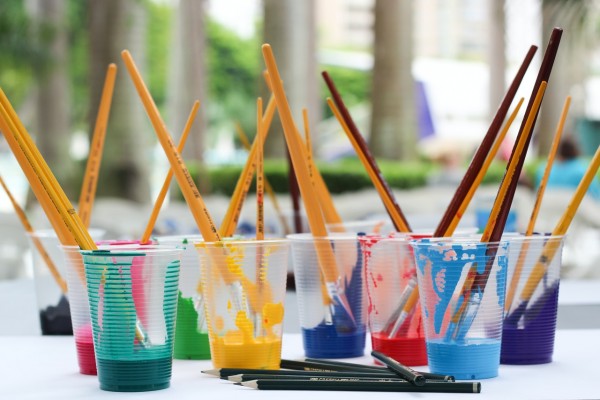 According to EcoWatch, is a product in its infancy but holds much promise and simplicity that has already attracted a lot of attention from innovators and investors all over the globe. There are various types of solar paints currently in development with each with its own unique mechanism of producing energy.

Different types of solar paints all have one goal. To be used prolifically and easily by various industry especially green architecture while supplementing human society's need for energy.

A study published by the University of Toronto, titled "Efficient Spray-coated Colloidal Quantum Dot Solar Cells" was initially developed to be a better option to harness infrared radiation from the sun's spectrum. It is an efficient spray-coated colloidal solar cell that utilizes quantum dots. It's the most well-known method for solar paints as of today. Conventionally used solar panels that are placed on roof shingles harness visible light, however, 99% of the electromagnetic spectrum contains variations of radiation.

Plainly said, the solar cells can be used to increase further the efficiency of solar panels beyond today's metrics capturing a wide spectrum of the light spectrum for more renewable energy conversiton.

Derived from perovskite crystals that were initially discovered by Lev Perovskite, a Russian mineralogist. The compounds later were found to be efficient semiconductors that were capable of not only transporting electric charge but also sustaining the light. Today, this compound can be found in numerous machinery such as ultrasound machines, memory chips, and of course solar cells.

Its most infamous property is that the crystal structure is able to take on liquid form with near the same efficiency as silicon-based solar paints and is less expensive to make. Professor David Lidzey of the University of Sheffield says in a news release that photovoltaic technologies are like the perovskite solar pain will play a vital role in driving the uptake of solar energy further.

Although developing solar technologies are known to have many glaring issues that impede production such as solar roadways, solar paint, on the other hand, needs a bit more research before becoming marketable. Alan Duncan, CEO, and founder of Solar Panels Network told EcoWatch that solar paints are still in the developing stage however, he insists that we must acknowledge that solar panels were also at this similar stage not so long ago.

With the solar industry moving forward it is continually striving to not only enhance our current technologies but to develop new innovations and tools that will help not only companies become more sustainable and eco-friendly but would also someday allow households and ordinary men to put up an effort to be sustainable.