Honeybees experience a threat every day when they reside in an uncontrolled environment. Very much like what humans do today, the bees perform a social distancing whenever they detect an incoming parasite and the risk it brings. The defense mechanism of honeybees was first observed through the collaborative efforts of University College London and the Italy's University of Sassari. 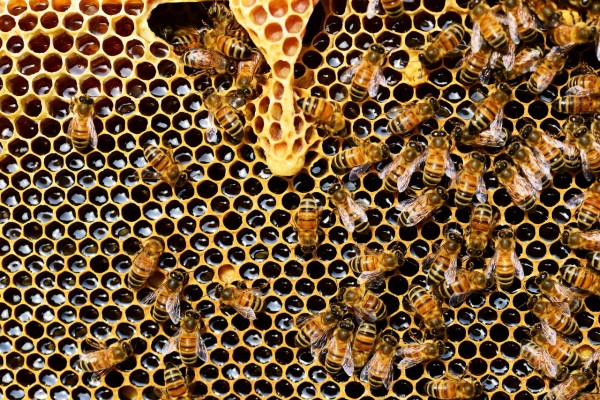 The latest research presented how the honeybee colonies go through a complex activity in their hive as they confirm the presence of harmful mites, their common infestation problem. The frequent choice of resistance preferred is not by attacking the pests, but by using the space in between each individual. The social distancing approach of honeybees allows them to separate the adult from the young age groups during in contact with the mites.

UCL Centre for Biodiversity & Environment Research expert and co-author of the study Alessandro Cini said in a Breaking News report that their study has found the strongest evidence that confirms the honeybees' capability to modify their spaces and social interaction under the hive as their defensive response against their common parasite. Honeybees are among the animals that present complex social cues.

Whenever they are working in their hives, honeybees implement a sense of dividing the colony's task throughout the members equally for a more productive effort. Among the social interactions from honeybees is their mutual grooming that is rarely observed in other species. Cini said that the social advantage of honeybees also comes in handy whenever they are under attack or even at the risk of an infectious condition. The animals adapted to social distancing through evolution, balancing all of the risks and benefits they had become familiar with.

Social distancing in animals is rarely seen in other species, but there are common groups that share the same peculiarity. The development of social distancing throughout the evolutionary history has been recorded from some of the baboon groups that prevent close contact with other members infected with gastrointestinal conditions, to pathogenic fungus-infected ants that drive themselves away from the colony and the entire anthill habitat.

The study conducted the social examination by exposing the honeybee colony with an ectoparasite mite known as the Varroa destructor. According to ScienceDaily, the main interest of the research is to identify how the social interaction of the honeybees transition with regards to the prevention of further transmission of the impact which the parasite brought in the hive. The Varroa destructor is considered the common disruptor of the colony, relaying a damaging virus that could affect each member of the entire society.

The honeybee colonies are commonly segregated according to their specific roles. On the outer group is the foragers, and the inner group has the brood, nurses, and the queen. Natural segregation allows them to limit social interactions on a daily basis in an event where an infestation comes up. When exposed to the Varroa destructor, the honeybees perform less of their common behavior called the foraging dances, which causes a massive transmission.

The movements are limited in the central parts of the colony, and the mutual grooming behaviors occur much more in the inner groups of the hive. In addition, adults were observed to dive on the outer groups while the groomer and nurse compile back on the central hive. The study was published in the journal Evolutionary Biology, titled "Honey bees increase social distancing when facing the ectoparasite Varroa destructor."