Dementia is among the most devastating but overlooked neurological conditions today. Being inflicted with dementia is proven to occur in the older population and is being considered as a predestined process included in the aging development of humans. The Centers for Disease Control and Prevention or CDC identified in their data that among the total population of the United States, there are 5.8 million individuals that suffer from the impacts of dementia-induced mental conditions such as Alzheimer's disease. But the staggering amount of dementia cases could soon be lessened through the help of the findings from numerous studies that are being developed in the present day. 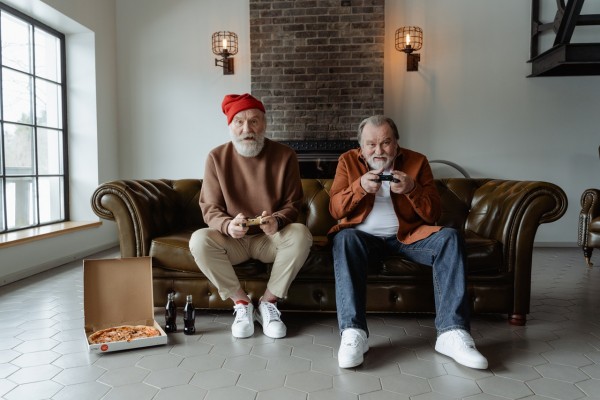 Among the studies, one investigation suggests a potential solution that could be easily attained through a convenient approach and without having a complicated series of treatments. The method is in the form of an activity that most people will find surprising. According to the study, doing this activity for 30 minutes a day could help an individual to gradually fight the effects of dementia and could significantly decrease any risks brought by the devastating neurological illness.

The best part is that the specified approach is theorized to effectively work even with the older adult population, who are at greater risk of dementia. The study was published in the journal Behavioural Brain Research, titled "Enriching hippocampal memory function in older adults through video games."

The research on the new anti-dementia approach was made possible through the help of participants that belong to the age group of 60 to 80 years. In the examination, the subjects were required to go through a series of video games that includes a 3D environment for more immersive gameplay.

The authors believe that playing these types of games that have more-advanced graphics could be an effective activity to resist a person's brain from accumulating dementia-related impacts. Best Life reported that the experts considered games like Super Mario World to bring a more compelling improvement compared to two-dimensional and flat games like solitaire and Angry Birds.

ALSO READ: Unexplained Tingling and Numbing on Your Feet Might Be Due to Small Fiber Neuropathy; What Is This?

The participants were asked to play the selected games for about 30 to 45 minutes a day in a span of 4 weeks. The beginning of the experiment showed consistent cognitive stability from the subjects. Within two weeks of playing Super Mario World and Angry Birds, the participants assigned to their respective games showed improved cognition skills. However, the data gathered after two weeks of playing showed that the group assigned to Super Mario World had additional skills in cognition and memory skills compared to the groups who were assigned to both Angry Birds and solitaire.

Immersive 3D environment from the games, according to the authors, had been found to help the older age group to become active and eventually obtain improvements in their cognition. The experts suggest that the same effect could be relayed to other age groups, but emphasize that the new environment is unquestionably helpful to those who are homebound or had signs of onset dementia development.