Too Little, Too Much Sleep Increases Cognitive Decline; Here’s the Recommended Number of Sleeping Hours

Sleeping is a way for people to take a rest after long and exhausting work and studies. We need at least a few hours of sleep before venturing on another set of activities the following day. A good night's sleep is undoubtedly one of the best approaches to maintain the balance of a person's health, alongside a nutritional diet and regular physical exercise. In a new study, however, the experts discovered that not all sleeping routines benefit people. According to the latest research, a sleeping time that exceeds a specific amount of time could heighten the risks of mental health conditions induced by cognitive declines, such as Alzheimer's disease.

Benefits and Downsides of Sleeping 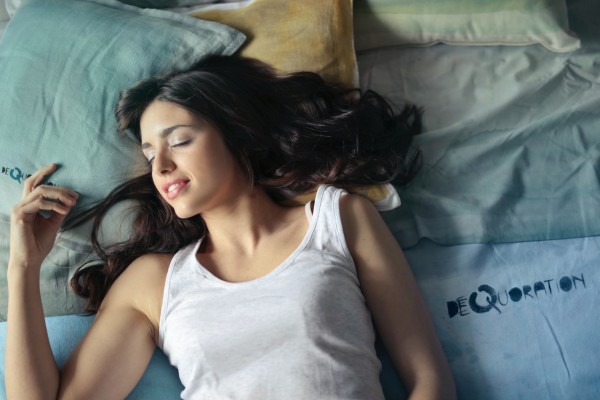 Sleeping for considerable amounts of time has already been linked to better mental health, protection against diabetes, and other cardiovascular benefits. In previous studies, sleeping is also a method to evade the deadly Alzheimer's disease, as relaxing the brain and regenerating energy during a good night's rest could bring advantages to the neurons and other regions of the organ.

But in a new study led by the experts from the Washington University's School of Medicine, it was found that there are also downsides to sleeping, especially if it exceeds or fails to cover a specific amount of time during the night. Although sleeping is correlated with cognitive decline, an insufficient or over-extra time of sleep could impact the neurological functions, resulting in unwanted implications on a person's mental actions such as knowledge and thought process.

Among the study's objectives was to define and categorize the exact effects of sleeping in terms of neurological health, specifically on how it contributes to the spectrum of cognitive skills. To identify each of the sleep factors that may have bigger roles on cognitive health and decline, the experts examined the data of 100 participants in the age group of older adults between mid to late 70s.

Dementia-Related Protein, Age, and Genetics, Combined with Less Than 4.5 Hours or More Than 6.5 Hours of Sleep Could Lead to Dementia

The observation on their sleeping pattern and brain status was conducted in a span of 4 to 5 years. According to the research results, 88 of the subjects did not have any signs of dementia development, while the remaining 12 had been found with implications of cognitive impairments. Based on a report by The Print, 11 of the affected group had their cognitive status in a pre-dementia stage, and 1, unfortunately, had mild dementia.

The examination of the participants included several exercises, such as completing neuropsychological and cognitive tests to single out every possibility in each individual of having symptoms of the disease. The results were consolidated in a system of a compilation called the Preclinical Alzheimer Cognitive Composite or PACC. The compiled results in PACC serve as the total score of the subjects based on their performance from all of the exercises provided. The higher score in PACC means that the participant has better cognitive health throughout the experiments.

Based on the comparison of scores, the experts found that sleeping less than 4.5 hours and exceeding 6.5 hours could inflict people with cognitive decline. The sleep duration was also inclined based on a person's age, genetics, and signs of dementia-related proteins called beta-amyloid or tau. The study was published in the journal Brain, titled ".Sleep and longitudinal cognitive performance in preclinical and early symptomatic Alzheimer's disease."