NASA Blames Jeff Bezos Over Moon Landing Delay; Blue Origin Places US at the Back Foot of Space Race?

NASA blames Jeff Bezos' private space business Blue Origin lawsuit for pushing back the much-anticipated trip to the Moon until 2025.

According to the Washington Times, Bezos could not win the NASA contract on merit because he overcharged his competitors by millions of dollars.

As a result, Bezos' Blue Origin lawsuit over the lucrative human lunar lander contract won to Elon Musk's SpaceX earlier this year was just dismissed by the US Court of Federal Claims.

Now, NASA Administrator Bill Nelson announced at a news conference that the US space agency would have to postpone the landing by a year.

He said Bezos' lawsuit caused the missed development time. The Artemis mission has been pushed forward by circumstances like the COVID-19 pandemic, and it is unlikely to launch before 2025. 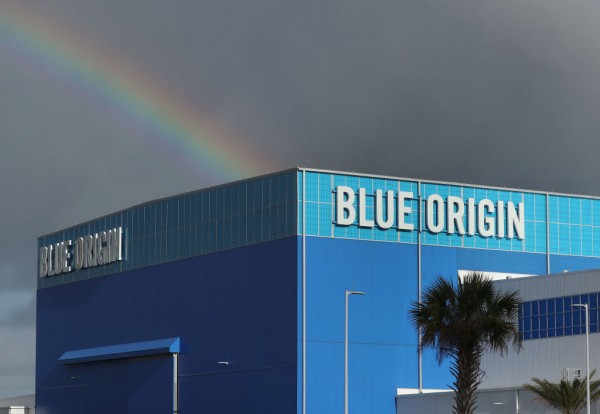 Keep in mind that Nelson did not state that NASA will reach the Moon in 2025, The Motley Fool said. He just stated that owing to Blue Origin, landing on the Moon in 2024 will be impossible. According to current plans, NASA hopes to conduct an uncrewed Artemis 1 journey around the Moon early next year, followed by a crewed Artemis 2 mission "no later than May 2024."

The Space Launch System rocket, manufactured by Boeing (NYSE:BA) and powered by Northrop and Lockheed Martin (NYSE:LMT), will be used for both missions, with Lockheed Martin also developing the Orion space capsule that will transport the Artemis 2 crew.

An uncrewed test of SpaceX's HLS will follow, likely launching atop SpaceX's Starship mega-rocket. Only then will Artemis 3 be launched, with both the Space Launch System (which would deliver men to lunar orbit) and SpaceX taking part (moving an HLS to lunar orbit to receive the astronauts and carry them to the Moon and back).

China Might Succeed US in Space Race Due to Blue Origin

During the same news conference, Nelson predicted that the Chinese space program would land on the Moon's surface considerably sooner than thought. It's worth noting that experts feel the US is at a disadvantage due to Bezos' case. They also expect China's lunar program to reach the Moon in the next three to four years.

Republic World said that China intends to launch a fleet of solar panels into space as an energy source by 2035 to return them to Earth. By 2050, the energy-generating system is expected to have the same output as a nuclear power plant. Furthermore, China is said to be preparing to build and operate a massive space station, mine asteroids, and produce gas stations to gain control of the US space agency.

At the news conference, Nelson emphasized the multiple causes that momentarily halted the Moon mission and expressed concern about China's aggressive efforts to attain unprecedented heights in space. China may probably arrive on the Moon before US astronauts return, he stated. In response to China's "aggressive" space program, he highlighted that they had accomplished a lot in the previous several years.

Nelson went on to say that the US government wanted to be the first to send astronauts back to the Moon after more than half a century, referring to China's claims of landing on the Moon's south pole. According to CNN, he stated that NASA would be as aggressive as possible in a safe and technically viable manner to beat our competitors who have put their feet on the Moon.

RELATED ARTICLE: NASA Plans to Buy More Seats From Private Sectors to Ferry Astronauts To and From the International Space Station