Among the definitive extinction event that occurred on our planet is the end-Permian mass extinction. The shift in Earth's biodiversity was so massive that the end-Permian wiped out 80 to 90 percent of the collective species in land and sea. There are many theories of what triggered the extinction and the impacts that followed it. However, due to the stretch of time that experts need to reach and the lack of substantial evidence, the end-Permian mass extinction event still has many significant pieces. In new research, a group of scientists attempted to uncover what might have been the biggest factor that induced the ending of fate in most of the animals on Earth. 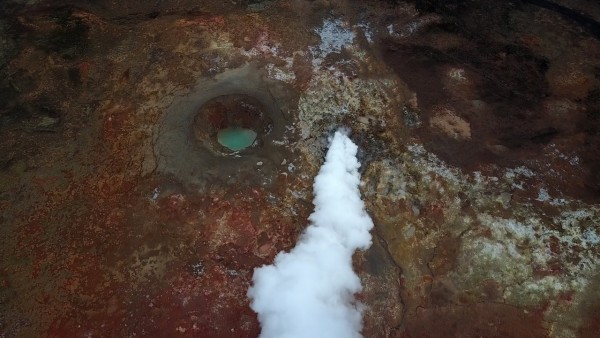 The end-Permian mass extinction event is also known in the scientific community as 'The Great Dying' due to the number of lost animals in the period. It is considered one of the most deadly events that the world has experienced throughout its evolution. Numerous studies have already guessed what might have been the cause of the great extinction that wiped out almost all of the living animals on land and sea. Among the potential suspects that drove the end-Permian extinction was volcanic eruptions. Based on the previous study, the volcanos from the prehistoric era presented a series of eruptions that was so destructive that it inflicted the atmospheric region of Earth and led to the shift of the global climate into a near-ice age scenario.

Although there is strong evidence that backs up the theory on volcanic eruptions, the new study speculates that there are other factors alongside it that pushed catastrophic events to a mass extinction event. Most of the clues pointed to the suspect are ancient rock samples that were found to have originated from the Siberia Traps. These geological samples show that the spews during the end-Permian mass extinction released gases with poisonous compositions that damaged the ozone and changed the natural chemical contents of the wide oceans of the planet.

The new study revealed that, aside from the Siberian volcanoes, there were contributing explosions recorded from volcanoes located in the regions of South China. New York University expert and author of the study Micahel Rampino said in a report by Yahoo News that the advances in the geologic records allowed the scientific community to define each of the factors that could have pushed the end-Permian mass extinction to erase the existence of land and marine species through various approaches.

Among the minerals that were unearthed in South China included mercury, copper, and other deposits. These samples were dated and confirmed during the same period that the en-Permian extinction occurred. ScienceAlert reported that the chemistry analyzed from the minerals also presented high composition and exposure to volcanic sulfur- the same composition that was theorized to have ignited both the drop and increase of the prehistoric climate. Like the previous findings from Siberian volcanoes, the South China specimens were buried 250 million years ago, right after the mass extinction subsided. The study was published in the journal Science Advances, titled "Felsic volcanism as a factor driving the end-Permian mass extinction."