In the last century, the sweeping architecture of the new cities Brasilia and Canberra was found to be soulless by those required to live there. Come the weekend, Brasilia emptied as those required to work there decamped to the fun of Rio de Janeiro. Nowadays, many call the equivalents smart cities because the computer industry is putting sensors everywhere for people to control. It makes them happy, right? The antidote is the new IDTechEx report, "Smart City Materials, Systems, Markets 2022-2042".

The 310-page report explains that it does not have to be that way. Commercially oriented and newly prepared by Ph.D. level IDTechEx analysts worldwide, it identifies gaps in the market, potential partners, lessons from success and failure, business cases. 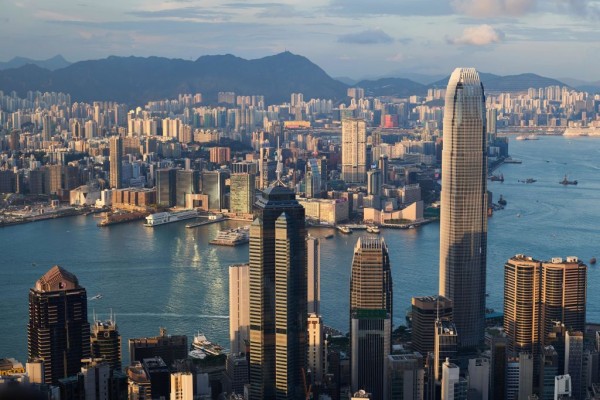 READ ALSO: Cities are Turned Into Ovens Because of Climate Change

Enablers include 100% electrification startling advances in multifunctional smart materials such as metamaterial cooling. Examples include 3D printed graphene concrete in new tunnels under London and solar bodywork of smart shuttles. Renaming a video doorbell as the Internet of Things will not change the fate of mankind, but a seawall against rising sea levels that are made of the new "everlasting" concrete and makes clean water and considerable electricity just might. Long-life beats recycling any day. Metamaterial reprogrammable intelligent surfaces may be more key to the success of 6G Communications than big data.

Ironically, Disney EPCOT Florida is nearer to an ideal smart city than most of the dehumanized ones now being erected with massively wide streets, empty skyscrapers, no center, and no soul. The report compares many, finding another irony. Most of the really-impactful, imaginative approaches are not taking place in new cities but in London (graphene concrete tunnels, every new house must have an electric vehicle charger), Beijing (robot restaurants), and New York (East River tidal power without tidal barrage). Appealing newcomers are mostly tiny - like Toyota Woven City with its multipurpose robot shuttles - but could have lessons for the needed large new cities. The best practice is identified and new ideas are proposed in the report.

Chapter 3 extensively covers reinvented concrete and smart materials for smart cities. Most attention is given to cement and its derivatives such as concrete, the most-used man-made material in cities because they are more of the problem (10% of global warming) and more of the solution (many routes to decarbonization, higher strength very long life means less needed and least carbon of all, 3D printed buildings and more). However, 10 of its 42 very detailed pages cover the emerging multi-mode roads, sidewalks, parking areas, and airport runways, new metamaterials, city cooling materials, and more with a key startup appraised.

The 46 pages of Chapter 5 concern food independence for cities - why, where, how, when, best practice, making the required electricity where it is needed, and new ideas with many actual layouts and successes. It ends with four pages on the robotics for the trend to unmanned facilities. Water independence takes 12 pages as Chapter 6.

Raghu Das of IDTechEx points out, "Cities may never practice independence in food production or even electricity and drinking water but resilience against the much tougher challenges ahead requires them to move towards independence as a capability. Even tiny Singapore now targets one-third of food made internally."

Many smart cities target layouts that require no more than 15 minutes to get from home to work or shops. However, we shall still want to get to the historic city center, the countryside, the next cities and attractions, and that is why Chapter 7 concerns new forms of zero-emission transport eliminating congestion and getting even the poor or disabled to get to precisely where they want as with robot shuttles on plazas paths and into buildings, Hyperloop at airline speed, vertical takeoff air taxis and more. What is doomed to fail? What is promising and when? Given their relative importance, the 43 pages cover mainly new city land and air travel but touch on marine.

The report finds independence of electricity production, zero-emission, to be easier for most cities than the independence of food and water because so many technologies are now available for purchase, with many more coming soon.

Das explains, "A windy city may have very large wind turbines where one revolution charges a house for three days but the primary trend is making electricity where it is needed, notably with solar everywhere from windows to paths, walls, vehicles, and park benches. A new challenge arises from solar weak in winter so we cover energy storage delaying electricity supply up to seasonal."

The 56 pages of this chapter embrace options for cities from both batteries and non-battery storage. Learn mostly about a generation from water, wind, and daylight in many new forms and see the place of hydrogen.

RELATED ARTICLE: Cities Around the World Are Sinking Because of Their Colossal Weight