Starbucks to replace plastic straws with sippy cups for adults 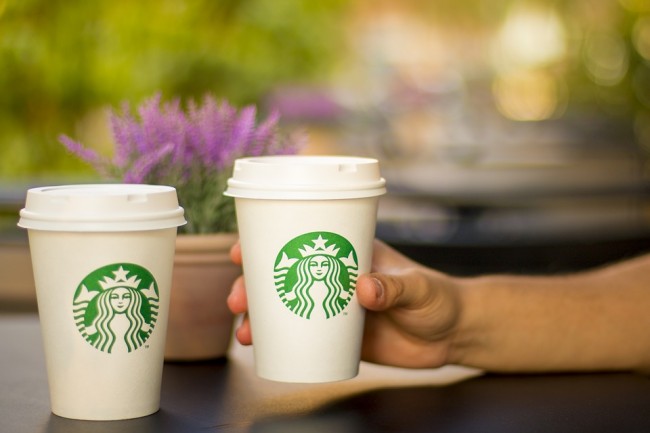 Starbucks is one of the major companies that are helping the eco-friendly movement. They are now killing their iconic green straws and replacing them with sippy cups.

The lids that are recyclable and strawless are now being used in certain Starbucks stores with particular drinks, like those with cold foam toppings and teas. These new cups look exactly like a child's sippy cup but with a shorter length.

Individuals who are fighting for environmental cleanliness and global warming warriors on social media are encouraging Starbucks customers to ask for the sippy cup instead of the usual green straw. These individuals have been doing so for months now. They've started the online campaign since Starbucks announced the availability of the lids in certain branches across America.

A lot of customers have taken their admiration of the sippy cup to social media, taking pictures of the new lid and posting it on their social media accounts. The engineer in global research and development at Starbucks, Emily Alexander, created the sippy cup lid to pair it with Starbucks' nitro cold brew. The drink's cold foam and bubbles were made to be sipped, and straw is not needed to be used.

Over the next few years, it is Starbucks' goal to make the sippy cup the standard for all of their drinks. The coffee chain will eliminate its green straws in phases. The changes started in Seattle, Washington, and Vancouver, Canada, and the rest of the world will follow by 2020.

Netizens have been praising the coffee chain for their bold move, as plastic straws are becoming a problem. Straws are too small to be recycled, so they end up in landfills, and they are left there, with no way of eliminating them. It also takes a lot of energy and resources to make straws, which means that during the process of making straws, it adds to the pollution problem that we already have.

Many companies are slowly switching to a better alternative, among them is Starbucks. The company is encouraging everyone to do the same.