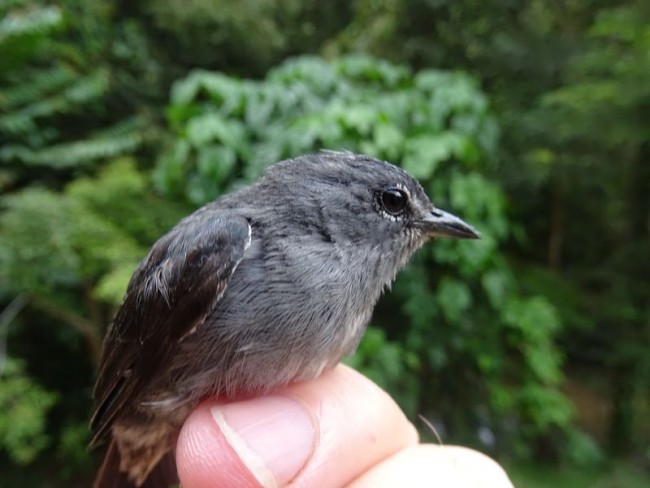 A new bird species, Dicaeum dayakorum, or Spectacled Flowerpecker, is finally part of the scientific canon. Scientists first spotted the bird in the Danum Valley of Sabah in northeastern Malaysian Borneo about ten years ago. In March this year, the first specimen of the bird was captured, allowing scientists to confirm its status as a new species finally.

Chris Milensky and Jacob Saucier were part of an international group of ornithologists conducting a bird diversity survey of the Lanjak Entimau Wildlife Sanctuary. The team, led by the Smithsonian Institution's National Museum of National History, was conducting their study when they caught an unlikely prize.

In general, the Spectacled Flowerpecker's appearance resembles other flowerpeckers. However, its genetic makeup is found to be very different. Its most distinguishable physical feature is the white arcs around its eyes, which is the basis of its spectacular name.

It was Richard Webster who was able to take the first photograph of the bird in 2009. Webster's team was able to recognize the bird's unique characteristics and proposed that the bird is part of a new, undiscovered species. To indicate the bird's uniqueness, they gave it the name Spectacled Flowerpecker. But for most of the next decade, the bird remained formally undescribed because scientists never caught a specimen.

In 2016, Nicholas Boyd et al. submitted the first record of the bird. In their multiple sightings, they were able to identify the bird definitely and successfully took photographs. Johannes Fischer, a co-author of Boyd, notes that it's challenging to capture the bird because it stays in canopies.

With the bird's capture, the Smithsonian team was able to formally describe the Spectacled Flowerpecker, finally declaring it as a new species.

Milensky and Saucier recognize the importance of ecological conservation in the study of new species. For example, although the Spectacled Flowerpecker is now formally described, details about its habitat, migration patterns, and general ecological preferences have not yet been studied. For scientists to be able to observe the new species and define their range and behavior, it's necessary to keep their habitat preserved.

It's no wonder then that the Smithsonian team gave the Spectacled Flowerpecker the scientific name Dicaeum dayakorum, in honor of the Dayak, indigenous people of Borneo. The Dayak people are crucial in the conservation of Borneo's ecology. As the new species of flowerpecker is likely endemic to Borneo, further studies of the bird would necessitate Borneo's forests to stay intact.

However, parts of Borneo's rainforests have been subject to widespread forest fires. Elsewhere, illegal loggers have led to bald spots on mountain ranges, critically endangering many species of plants and animals. Clearly, more effort has to be given to prevent the decimation of forests from happening.