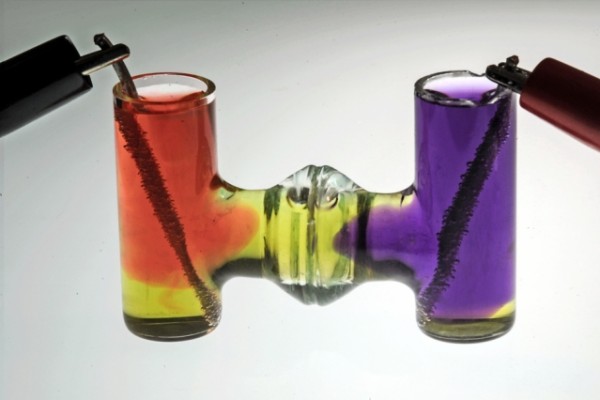 In a recent study by researchers from MIT, electrolysis can now be used to produce cement. In their study published in Proceedings of the National Academy of Sciences of the United States of America, the scientists report that this new production technique would reflect a decrease in the emissions associated with cement production. And, in addition to that, the gas streams that would be produced may be used in other processes.

In a statistical study in 2015 according to Carbon Brief, the cement industry is responsible for about eight percent of the total carbon dioxide emissions worldwide.  That is 2.8 billion tons of carbon dioxide per year, emitted from the cement industry alone. And most of it can be attributed to the process of calcination-that is, limestone is subjected to considerably high temperatures to produce the clinker, which then acts as a binder.

Electrolysis is the process by which a substance decomposes at a chemical level, due to an electric current that is allowed to pass through a solution.  From the knowledge that the electrolysis of solutions that have pH values near neutral causes the formation of a pH gradient, MIT researchers from the Department of Material Science and Engineering came up with a new technique in producing clinker used for Portland cement, which makes up about 98 percent of the concrete mix that we use.

Upon electrolysis, the pH gradient formed in the research had an acid at the anode and a base at the cathode.  Ground up limestone-or calcite, the same compound found in chalk-was then added to the acid to produce lime water precipitate. When heated with silica, the precipitate then decomposes to lime and combines with the silica to form alite, which is a mineral that is found abundant in Portland cement.

(Photo : MIT News)
A demonstration of the chemical reactions used in the process proposed by MIT

The researchers made use of an electrochemical decarbonation reactor, which produced a mixed stream of oxygen gas and carbon dioxide at the anode and hydrogen gas at the cathode. The mixed stream of oxygen gas and carbon dioxide could be used as an oxygen-enhanced fuel in the kiln. This would result to more efficient burning of fossil fuels, compared to the use of air, which naturally contains nitrogen. This is because oxygen-enhanced combustion would not require an increase in temperature for any nitrogen. At the same time, there would be no harmful nitrous oxide emissions. Alternatively, the carbon dioxide can be captured directly, without using expensive units like an amine scrubber.

At the cathode, the hydrogen gas produced could be used as green fuel to power some equipment at the plant. This is especially important since a lot of researches have proven that the use hydrogen gas as a source of energy is very advantageous.

In addition to the environmentally friendly results from the research, the process can be seen to work using renewable electricity instead of fossil fuels to generate heat. The process could be scaled up according to necessity, after further development, the researchers say.

In actual, the challenge is how to convince manufacturers to convert their processes. Lead researcher Leah Ellis suggested that the replacement of one part of the process after the other would be more practical than replacing the entire system at once.

In a seemingly flawless scene, all the energy consumed is from renewable electricity, which would then lead to "emissionless" production of cement.